by News Next Desk
in STATE 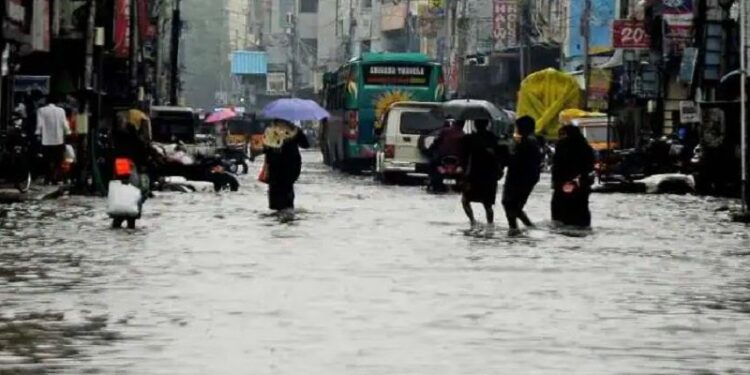 Meanwhile, Tiruvallur district administration has also issued a red alert in 11 villages after water was released from Red Hills lake. 500 cusecs of water were released as heavy rains continued in the catchment area.

District Collector, Alby George in a statement said that 500 cusecs water was released from Red Hill Lake after the weather department predicted more rains in the coming days.

It may be noted that 569 cusecs of surplus water was discharged from Chembarambakam lake. The state authorities are also keeping a watch on Poondi, Cholavaram reservoirs after heavy rains are lashing catchment areas

The state is receiving incessant rains for 2 weeks leading and the IMD had predicted more downpours in the coming days.The India Meteorological Department (IMD) has predicted heavy rainfall over isolated places in Tamil Nadu for November 13, 2022.

The met department has also warned the fishermen not to venture along and off south Andhra Pradesh-North Tamilnadu-Puducherry coasts and adjoining Southwest and West-central Bay of Bengal on 12th and Kerala coast from November 12 – Nov 13 and Lakshadweep from Nov 12- Nov 14 and over Southeast Arabian Sea on Nov 13 – Nov 14, 2022.

Mahesh Babu father Superstar Krishna passes away at 79 in Hyderabad