by News Next Desk
in CRIME, LATEST NEWS, STATE 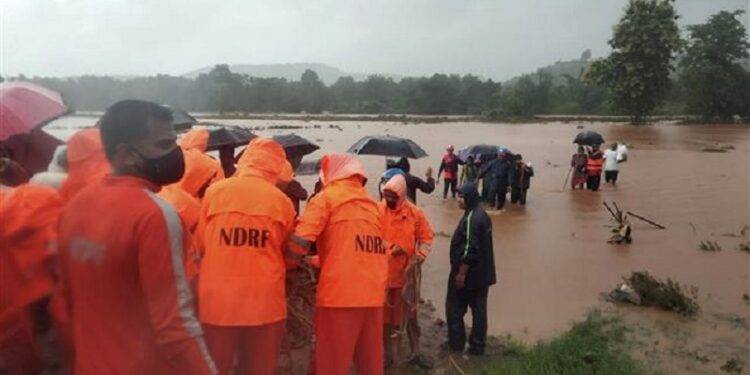 Mumbai: Over 1.35 lakh people, rendered homeless in the monsoon fury across Maharashtra, are being relocated to safer places. The death toll from the destruction has risen to 113 in Satara, Mumbai suburban district, Raigad, Sindhudurg, Kolhapur, Pune and Ratnagiri, with maximum deaths of 52 in Raigad.

Incessant rains and a dozen landslides have affected 875 villages in these districts and 100 people are still missing. Chief Minister Uddhav Thackeray visited Chiplun to take stock of the situation at the site of severe flooding in Ratnagiri district of the Konkan region. Apart from Ratnagiri and Raigad districts, the areas which are badly hit by heavy torrential rains are Raigad, Ratnagiri, Sindhudurg, Satara, Sangli, Kolhapur, Mumbai suburbs, Pune and Thane.

Meanwhile, at least nine people have died and three are missing owing to floods caused by incessant rain that has battered Karnataka since Thursday. While four people have died in Uttara Kannada, two are from Belagavi, and one each from Kodagu, Dharwad, and Chikkamagaluru districts, the state government informed.

According to the Indian Meteorological Department’s (IMD) latest weather update, isolated parts of Goa, Karnataka, and Gujarat will receive heavy showers today. Heavy rains are also expected in Himachal Pradesh, Uttarakhand, Haryana and Uttar Pradesh in the next 24 hours.