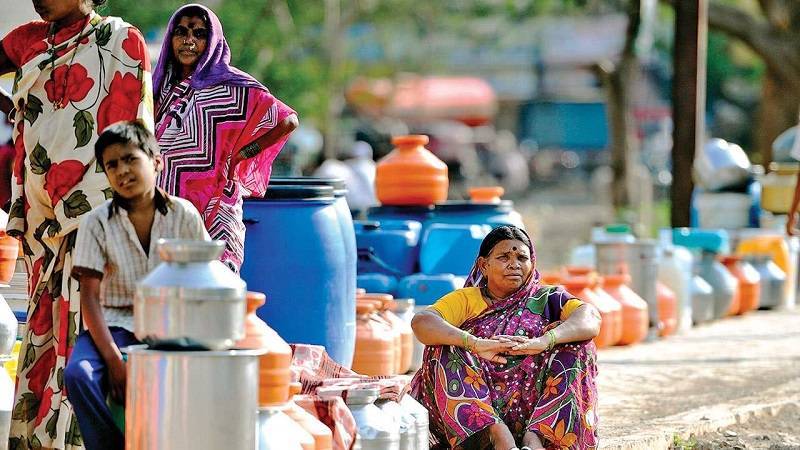 The news comes as a double whammy as the national capital is likely to witness another fresh spell of heatwave in the coming days. Officials notified that operations at Wazirabad, Chandrawal and Okhla water treatment plants have been affected.

Meanwhile, the Delhi government has sent an SOS to Haryana, the third time in two weeks, urging it to release additional water in the Yamuna river to prevent a water crisis. “Haryana is releasing less water in the river due to which the water level at the Wazirabad pond has dropped to a critical low of 671.80 feet, as against the normal level of 674.5 feet. Several areas in Delhi may face a water crisis,” an official said.

This comes at a time when the India Meteorological Department has issued a ‘yellow’ alert, warning of a heatwave at most places in the capital on Friday and Saturday. An ‘orange’ alert has been issued to caution people about a severe heatwave on Sunday.

“Even flow via CLC (Carrier-Lined Channel) and DSB (Delhi Sub-Branch) is fluctuating… The lifting of 120 cusec of water from the Wazirabad pond is affected due to low pond level. This will affect water production adversely. Due to peak summer, the water requirement is more,” the SOS sent to the Haryana irrigation department read.

Petrol and Diesel Prices down today, check latest rate in your city

Major changes in ration cards: know this before taking rations