by News Next Desk
in CRIME, DONT MISS 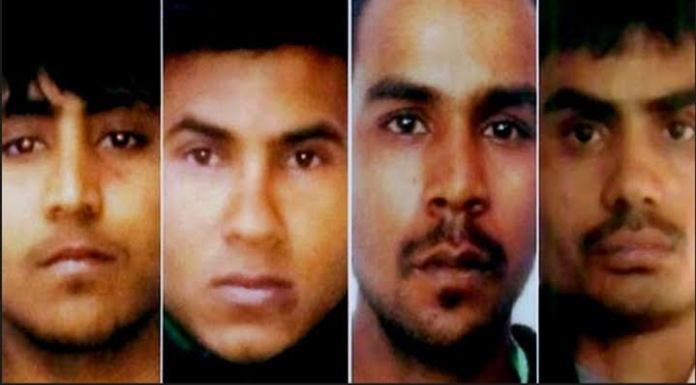 New Delhi: The Delhi High Court on Wednesday rejected the petition filed by Mukesh Singh, one of the convicts in the Nirbhaya gang rape and murder case, against the death warrant issued by the trial court even as the state government said the four convicts can “surely not be hanged” on January 22 as a mercy petition filed by Singh is pending.

The court said it found nothing wrong in the warrants issued by the Additional Sessions Judge of Patiala House court for the execution of four convicts by hanging on January 22 at 7 am, but clarified that the petitioner can approach the trial court with the subsequent developments in the mercy plea.
During the hearing, the state government said it is bound by prison rules to wait for the convict’s mercy plea to be decided before executing the death warrant. Even after the plea is rejected, a death row convict has to be given 14 days’ notice before execution, it added.

The counsel on behalf of the government, Rahul Mehra, told court that the petition filed by Singh was with the home department of the state government. This would be forwarded to the L-G’s office after which the file will then be sent to the Union Home Ministry, which will forward it to the President.

Minutes after this, the home department of the Delhi government recommended the rejection of the petition and forwarded it to the Lieutenant Governor’s office. Mukesh Singh, one of the four death row convicts in the 2012 Nirbhaya gangrape and murder case, had filed the mercy plea before President Ram Nath Kovind on Tuesday, shortly after the Supreme Court refused to stay his scheduled execution.
The Delhi government said that on January 21, it will approach the lower court for a fresh death warrant, indicating that it expects the mercy petition to be rejected quickly. “But we will go only if all the mercy pleas of the convicts are dismissed by then,” the state government said.
Only Mukesh has so far filed the mercy petition and two of the convicts have not filed curative petitions in the Supreme Court so far.The execution of four convicts – Vinay Sharma (26), Mukesh Singh (32), Akshay Kumar Singh (31) and Pawan Gupta (25) were scheduled for January 22 at 7 am in Tihar jail as a Delhi court issued their death warrants on January 7.
Pawan Jallad from Meerut, who will carry out the hanging, was expected to reach Tihar jail on January 20.Asha Devi, mother of 23-year-old paramedic student, who was raped and brutally assaulted by six men in December 2012, on Tuesday said she knew that the curative petitions of the convicts will be rejected and is confident that they will be hanged on January 22.
“The curative please had to be rejected. This was the third time they had gone to the Supreme Court. Whatever pleas they file, we are ready to face them and we will fight it out. We feel that they will be hanged on January 22. We want that to happen,” Nirbhaya’s mother said.

National Commission for Women (NCW) chief Rekha Sharma condemned the Delhi government’s “delaying tactics” in the execution of the convicts and urged the authorities to hang them on January 22, as ordered by a local court early this month.
“These are delaying tactics and I really condemn it. They should be hanged on the date given by the court, which is January 22. Why has the Delhi government suddenly woken up in the matter,” she said.