Harrowing video shows Afghan woman pleading for help from an American soldier: ‘Taliban coming for me’ 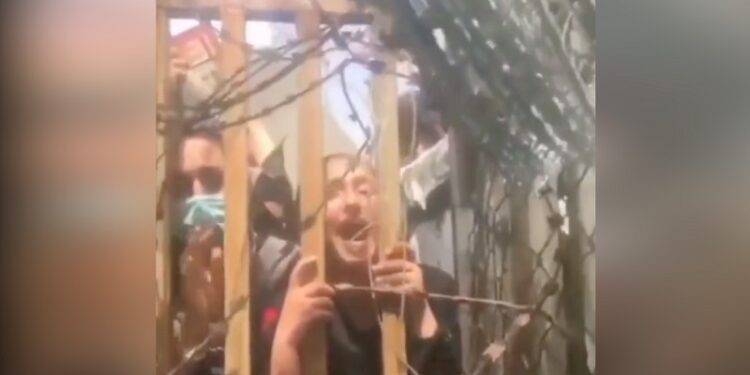 Another heart-wrenching video has surfaced from outside the Hamid Karzai International Airport in Kabul, just a few days after the Afghan capital was overrun by the Taliban. Earlier this week, videos of Afghans literally clinging to a departing US Air Force aircraft had left the entire world shocked.

In a clip doing rounds on social media, an Afghan woman is seen begging US troops, which are guarding the airport’s heavily fortified gate, to let her enter.  “Help me, please. Help me. The Taliban are coming for me,” a woman can be heard screaming in the local language.

Witnesses reported that Taliban members blocked people trying to flee Afghanistan from reaching Kabul’s airport on Wednesday. Notably, US President Joe Biden has said that United States forces would remain in Afghanistan until all Americans are evacuated.

Taliban fighters manned checkpoints around Kabul’s airport on Thursday, despite the United States’ demand for safe passage for Afghans. The US on Wednesday said that the Taliban were going back on their promises to let Afghans leave the country who worked with the United States and its allies.

“We have seen reports that the Taliban, contrary to their public statements and their commitments to our government, are blocking Afghans who wish to leave the country from reaching the airport,” said Deputy Secretary of State Wendy Sherman while talking to the media.

“We expect them to allow all American citizens, all third-country nationals and all Afghans who wish to leave to do so safely and without harassment.” According to President Joe Biden, some soldiers may be allowed to remain beyond the August 31 deadline in order to ensure all Americans leave.