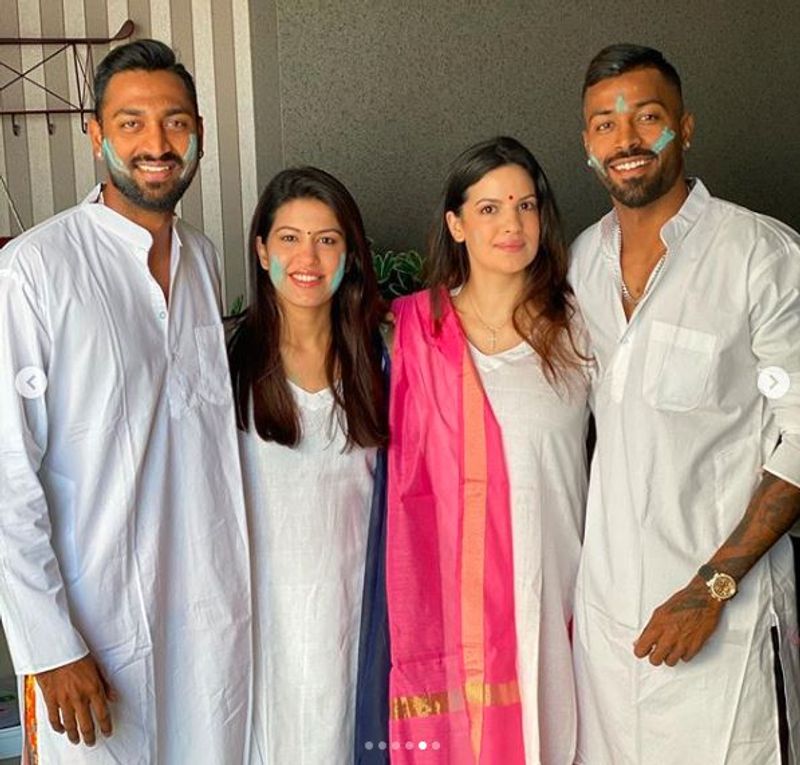 Hardik Pandya took to Twitter to share pictures with his fiancee Natasa Stankovic on the occasion of Holi and wished “Happy Holidays” to his fans on Tuesday. “Happy holidays from the Pandyas #Holi hai,” Hardik Pandya captioned the images on Twitter. In the pictures posted by Hardik Pandya, the all-rounder can be seen celebrating the festival of colours with his fiance and brother Krunal Pandya. On Sunday, Hardik Pandya made a return to the Indian team after a gap of five months.

Soon after Hardik posted the picture, fans flooded the social networking site with heartwarming messages for the explosive all-rounder.

Hardik Pandya, who recently scored a whirlwind knock of 158 off 55 deliveries in a local Twenty20 game, proved his fitness with all-round performances in the DY Patil T20 Cup.Hardik had underwent a surgery in London after suffering a lower-back injury.

The 26-year-old all-rounder last represented India in a Twenty20 International game against South Africa in Bengaluru. Since then, Hardik has missed out the two-Test series at home against Bangladesh and the New Zealand tour.

The upcoming ODI series against South Africa will be India’s last international series before the 13th edition of the Indian Premier League kicks off.

Defending champions Mumbai Indians will take on Chennai Super Kings in the opening game of the tournament at the iconic Wankhede stadium on March 29.