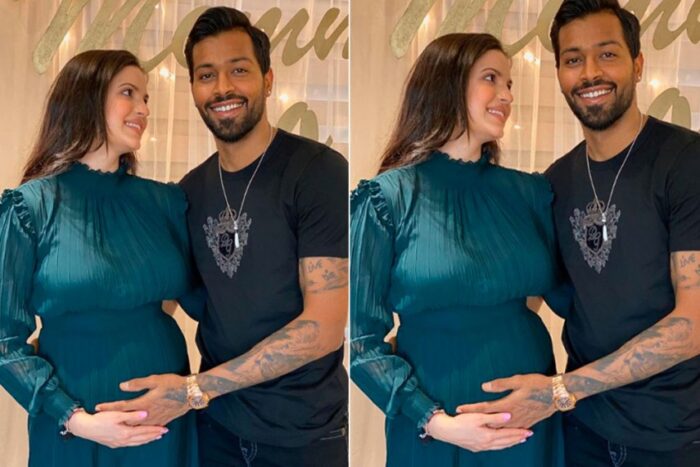 Mumbai: India cricket all-rounder Hardik Pandya and fiancee Natasa are set to become parents. Hardik shared pictures on social media to announce his fiancee was pregnant with their baby.

Hardik Pandya’s brother Krunal, who has also represented India in the shorter format, shared some pictures of the couple with the rest of the family to update the world about the happy news. “Natasa and I have had a great journey together and it is just about to get better Together we are excited to welcome a new life into our lives very soon. We’re thrilled for this new phase of our life and seek your blessings and wishes,” Hardik Pandya wrote on his Instagram.

“Natasa is a very nice girl, and we have met her in Mumbai on a number of occasions. We knew that they were going on a vacation to Dubai, but had no clue that they were going to get engaged. This took us by surprise. We came to know about it after they got engaged,” Hardik’s father Himanshu was quoted as saying by Bombay Times earlier in the year.

Hardik Pandya who plays for Mumbai Indians in the Indian Premier League is one of the most established all-rounders in the country. Hardik and Natasa announced their engagement in January 2020. Hardik Pandya debuted for India back in 2016 when he was selected to play the T20I series in Australia. With consistent performances in the T20I format, Hardik was eventually selected to play for India in ODIs and Tests.