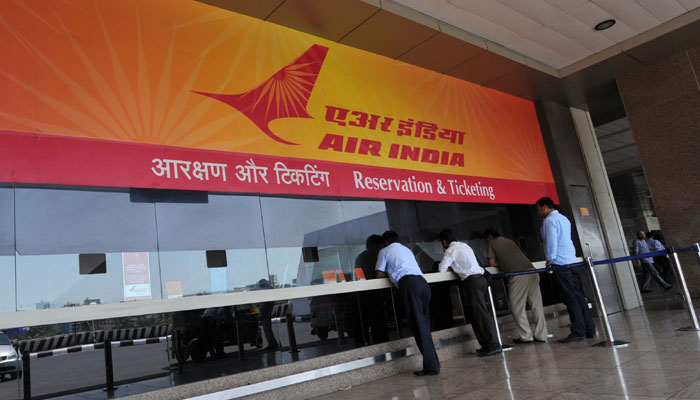 New Delhi: In one of the largest repatriation exercises, around 2 lakh Indian citizens who have been stranded abroad because of the coronavirus lockdown will be brought home in special flights starting from May 7, civil aviation minister Hardeep Singh Puri said on Tuesday.

The minister, speaking at a virtual press conference, said he cannot confirm the exact number but said it could even be more than 2 lakh that the government had initially estimated. “The initial evacuation was confined to 200,000 people who wished to come back. As other states and ministries got involved, the number of people who expressed to travel has increased,” he said, adding that the final number will be based on logistics. The government will operate 64 flights from May 7 to 13 to bring home nearly 14,800 Indian nationals in the first phase, he said. The government said passengers would be charged Rs 50,000 each for London-Delhi flight, Rs 1 lakh for flights from US and Rs 13,000 for flights from Dubai.

Over 14,800 Indians in 13 countries will be brought back by 64 flights in the first week, the minister said. Flights from India will go to US, the Philippines, Singapore, Bangladesh, UAE, UK, Saudi Arabia, Qatar, Singapore, Oman, Bahrain and Kuwait. The maximum number of flights (15) will be sent to Kerala, 11 each to Delhi-NCR and Tamil Nadu, seven to Maharashtra and Telangana, five to Gujarat, three each to Jammu and Kashmir and Karnataka and one each to Punjab and Uttar Pradesh. These special flights would be operated by Air India and its subsidiary Air India Express. Depending on the aircraft being operated, each flight will have between 200 and 300 passengers to ensure that social distancing is maintained.

Before boarding the special flights, the passengers will be screened need to declare whether they have fever, cough, diabetes or any respiratory disease. Only asymptomatic people will be allowed to travel. On their arrival, the passengers will be screened again and will have to be subjected to 14-day quarantine either in a hospital or a government facility. Following the quarantine period, everyone would have to undergo the Covid-19 test.

The Indians abroad who wish to come back will have to pay for their own tickets. Taking a flight from London to Mumbai or Delhi or Bengaluru will cost around Rs 50,000, while travelling from Newark, Chicago or San Francisco in the US will cost Rs 1 lakh. This is a special mission, and all those who avail of this will be charged, said the minister. The full flight plan released by the ministry shows that tickets from Dubai and Abu Dhabi will cost Rs 13,000 and Rs 15,000 respectively, while the price for tickets from Singapore has been set at Rs 20,000 for flights to Delhi and Ahmedabad and Rs 18,000 for Bengaluru. A Dhaka to Delhi flight will cost Rs 12,000 while to Srinagar it will cost Rs 15,000.

Flights from Kuwait to Ahmedabad and Hyderabad have been priced at Rs 14,000 and Rs 20,000 respectively. The government also plans to send citizens of other countries stuck in India because of the airspace closures in the outbound flights. The Centre said private airlines may also be roped in for the repatriation process because of the large numbers involved.

The Indian Navy is also involved in the process and three of its ships will sail out for Indian nationals in West Asia and the Maldives.

Highest Covid-19 deaths in Gujarat on Tuesday, 49 death in single-day

Highest Covid-19 deaths in Gujarat on Tuesday, 49 death in single-day