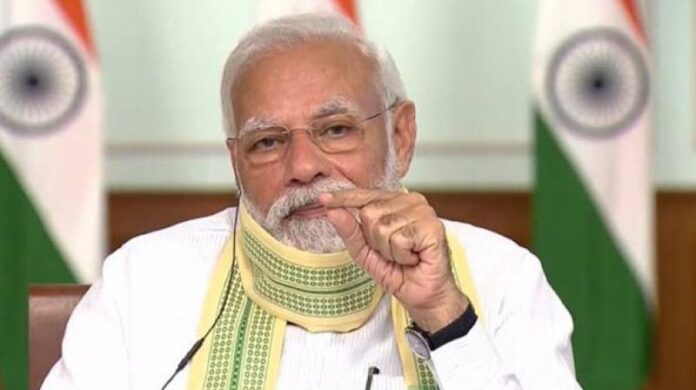 “We are committed to bringing natural gas under GST regime; I want to tell the world come invest in India’s energy sector,” the prime minister added. He said India was spending ₹7.5 lakh crore ($103.05 billion) over 5 years to build its oil and gas infrastructure, PM Modi said.

India looking to cut energy import dependence, diversify imports, said Modi. He said that India will generate 40% of all its energy from renewable sources by 2030. In 2019-2020, India imported over 85% of oil and 53% of gas to meet domestic demand. “I don’t want to criticize anyone but I want to say, had we focused on these projects much earlier our middle class would not be burdened,” PM Modi added.

He laid the foundation stone of the Cauvery Basin Refinery at Nagapattinam. “Indian Oil’s 143-km-long natural gas pipeline from Ramnathpuram to Thoothukudi that is being launched today will monetize the gas from ONGC’s gas fields. This is part of a larger natural gas pipeline project being developed at a cost of ₹4,500 crore. It will benefit several areas in South India,” he added.

PM Modi said that in the past six years, oil and gas projects worth over ₹50,000 crore have been approved for implementation in Tamil Nadu. Dharmendra Pradhan, Union Minister for Petroleum and Natural Gas, and Edappadi K. Palaniswami, Chief Minister of Tamil Nadu, joined the event through video conferencing.