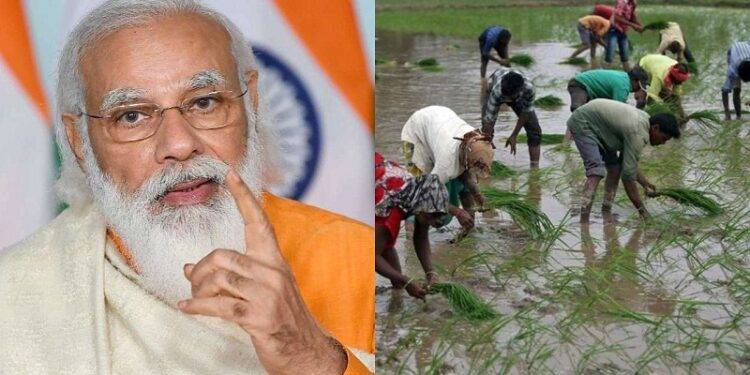 New Delhi: Prime Minister Narendra Modi will release the next instalment of financial benefit under the Pradhan Mantri Kisan Samman Nidhi (PM-KISAN) scheme on Monday at 12:30pm via video conferencing.

The Prime Minister will address the nation on the occasion and interact with the beneficiaries. Union agriculture minister Narendra Singh Tomar will also be present on the occasion. “This will enable the transfer of an amount of more than ₹19,500 crore (195 million) to more than 9.75 crore (97.5 million) beneficiary farmer families.

Prime Minister will interact with farmer beneficiaries during the event and will also address the nation,” an official release from the Prime Minister’s Office (PMO) stated. Under the PM-KISAN scheme, a financial benefit of ₹6,000 per year is provided to the eligible beneficiary farmer families, payable in three equal four-monthly installments of ₹2,000 each, the statement added.

The fund is transferred directly to the bank accounts of the beneficiaries. In this scheme, Samman Rashi of over ₹1.38 lakh crores has been transferred to farmer families so far, it said.