Get ₹2,000 after completing 10-day quarantine: New scheme from Govt 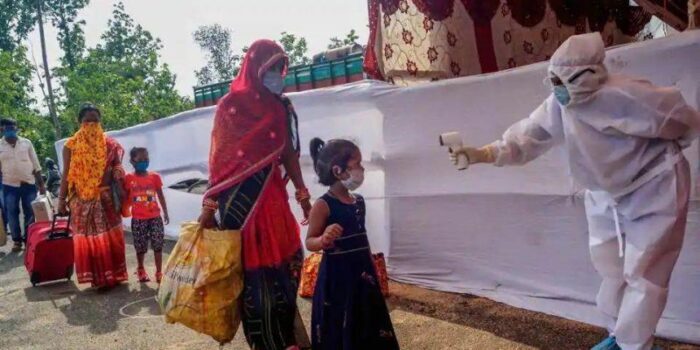 New Delhi: As per directions given by Odisha CM Naveen Patnaik, people who have successfully completed institutional quarantine are being given incentive of ₹2,000 each, the state’s Health & Family Welfare Department said on Monday.

So far, ₹58.4 crore has been paid from Chief Minister’s Relief Fund towards this scheme, the H&FW Department said. A bureaucrat told ANI that the scheme will encourage people to undergo compulsory quarantine. “Many people are returning from outside the state and to encourage them to register for this thing and undergo compulsory quarantine at temporary medical centres this incentive was declared by state government,” said Ranjan Kumar Das, District Collector of Jajpur.

A person quarantined in Jajpur told media, “State government has given all facilities here. ₹2,000 was credited in my account after I stayed here for 10 days.” “Odia brothers and sisters are returning to Odisha every day. 2,048 Odia people have returned to Odisha today. So far, 5,81,694 Odias have returned to the State,” H&FW Department tweeted on Monday.

From 27th June morning to 28th June morning, seven cases have been registered by the police in the state for violation of different regulations and guidelines related to Covid-19 out of which six cases are for violation of lockdown and one case for violation of home quarantine. Odisha’s COVID-19 tally climbed to 6,859 on Monday as 245 people, including two NDRF personnel, tested positive for the disease, while the toll rose to 23 with two more fatalities, a health official said.

The latest fatalities were reported from the state’s worst-hit Ganjam district, which alone accounts for 12 of the 23 deaths so far, a health department statement said. The deceased include two men aged 48 and 52, it said.