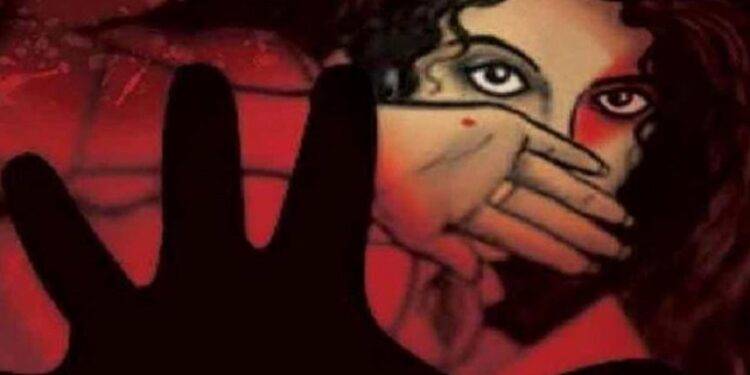 The rapers stripped the raped girl of her clothes and made her walk naked on the road. Uttar Pradesh has the highest number of rape cases in the country every year. Another terrible act has taken place in Uttar Pradesh, which is known as the most unsafe state for women. A 15-year-old girl who had gone to a fair in Moradabad, Uttar Pradesh, was kidnapped and gang-raped by five people. A shocking video of her bleeding and running naked on the road to save her life is circulating on social media. Gang rape, severe bleeding; Girl who ran naked to escape, Video viral.

The rapers stripped the raped girl of her clothes and made her walk naked on the road. When the girl was walking on that road at night, a video of bikers and car drivers stopping their vehicles and looking at her is circulating everywhere. Gang rape, severe bleeding; Girl who ran naked to escape, Video viral.

After 15 days of this incident, this video was revealed and created anxiety on social media. In this 30-second video, a 15-year-old girl can be seen walking naked on the road. Bleeding profusely, the girl walked naked on the road and reached her home about 2 kilometers away.

A 15-year-old girl was completely traumatized after being raped. In her state of shock, she decided to move to her house naked. She walked to her home, which is 2 kilometers away from the place where the rape took place. The rapers did not leave even a small piece of cloth on her body. She was thrown out of the car naked. From there she walked, ran and reached home

Passers-by can be seen in the video standing as silent spectators instead of helping the girl. Also, many have recorded her walking naked on their mobile phones and uploaded it on social media. However, the girl, who had no idea about this, kept walking like she was unconscious due to shock.

The accused was arrested after an FIR was registered on September 7 based on a complaint filed by the girl’s family. The complainant said that the accused threatened to kill the girl and her family.