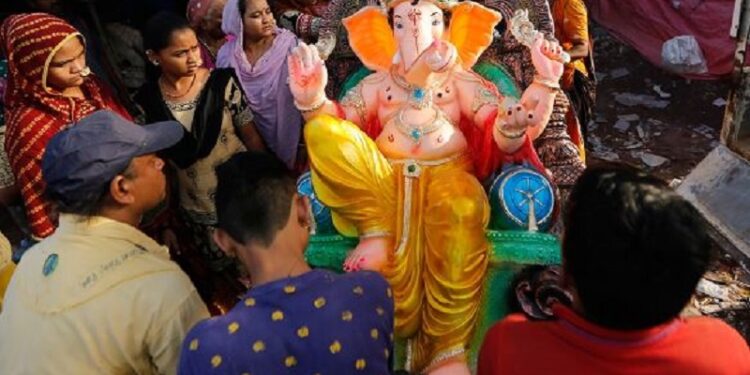 After two years of restricted celebration, preparations are in full swing for the ten-day long auspicious Ganesha festival. This festival is celebrated with huge pomp and show by the people across India. However, it is mainly celebrated in Maharashtra, Telangana, Andhra Pradesh, Maharashtra, etc. Ganesh Chaturthi 2022: muhurat, timings and other details.

Ganesh Chaturthi is a festival dedicated to the Hindu god Lord Ganesha. Lord Ganesha is first offered puja on every auspicious occasion. He is considered as the God of wisdom and good fortune and is offered prayers with a huge celebration among Indians. Idols of Lord Ganesha are installed in pandals and homes. Devotees decorate their houses by welcoming Bappa on the first day of the festival.

As per the Hindu calendars, it falls on the Shukla Paksha of Bhadrapada month and the English calendar mentions August or September as Ganesha Chaturthi. The festival ends with a 10-day continuous celebration on Anant Chaturdashi known as Ganesh Visarjan day. On this day, the idol of Lord Ganesha is immersed in a water body after a beautiful procession that people enjoy.

As per the Hindu scriptures, Lord Ganesha was born on Chaturthi tithi of Shukla paksha in the Hindu month of Bhadrapada. As per the Gregorian calendar, this year the day falls on August 31, 2022. History defines the existence of Lord Ganesha, which happened through the sandalwood paste prepared by Mata Parvati while taking a bath. Ganesha was created in the absence of Lord Shiva.

One day when Lord Shiva came to meet Goddess Parvati, Ganesha was guarding his mother and prohibited Lord Shiva from entering the zone where Mata Parvati was taking a bath. Lord Shiva and Bal Ganesha had a conflict in which aggressive Shiva separated Ganesha’s head from his body.

When Mata Parvati arrived, she became furious and said she would destroy the universe. Therefore, to handle the situation, Lord Shiva took the head of the baby elephant and attached it to baby Ganesha’s head. This is the reason why Ganesh Chaturthi is celebrated across India.