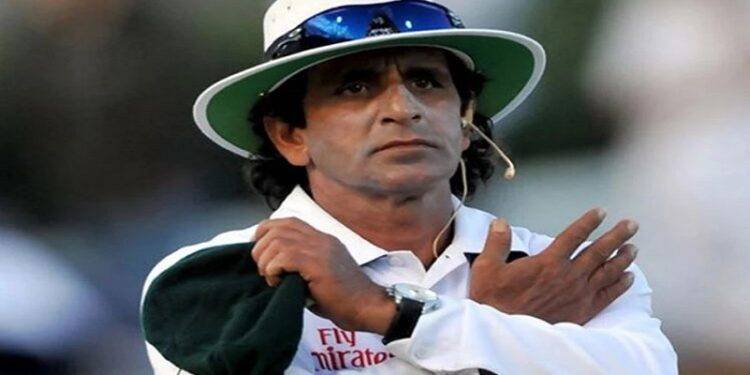 Rauf, who had retired from the umpire profession, was later running a clothing business in Pakistan. As usual, he was returning home after closing the shop on Wednesday when he developed chest pain. The brother said that even though he was immediately admitted to the hospital, he could not be saved. Former Pakistan umpire Asad Rauf passed away due to heart attack.

Asad Rauf was a member of the ICC’s Elite Umpire Panel from 2006 to 2013. He was accused of being involved in match fixing and spot fixing. Especially in the 2013 IPL betting scam, the Pakistani umpire was formally identified as an accused by the Mumbai Police.Also in 2016 BCCI found Asad Rauf guilty, banning him from cricket for five years.

He was one of the finest umpires of his time. He joined the ICC elite panel in 2006 a year after officiating his first Test. Along with Aleem Dar, he was a well-liked personality on the circuit who contributed to enhancing the standing of Pakistani umpires prior to the neutral umpire era.

Rauf played for National Bank and Railways during his lengthy first-class career as a middle-order hitter, averaging 28.76 from 71 first-class games. Pakistani wicket keeper-batter Kamran Akmal took to Twitter to convey his condolences. “Sad to know about the news of former ICC umpire Asad Rauf’s demise,” he wrote on his Twitter handle.

Asad Rauf has umpired in a total of 231 matches of international cricket. This includes 64 Tests, 28 T20Is and 139 ODIs. He has not been seen on the field since being accused of umpire-fixing in 2013. After this charge was proved, he was banned for 5 years in 2016.

Specially, Asad Rauf was a first-class cricketer. He played 71 First Class and 40 List A matches. At this time, he scored 3 centuries and 26 fifties. Through this, he scored more than 4 thousand runs in the first class.