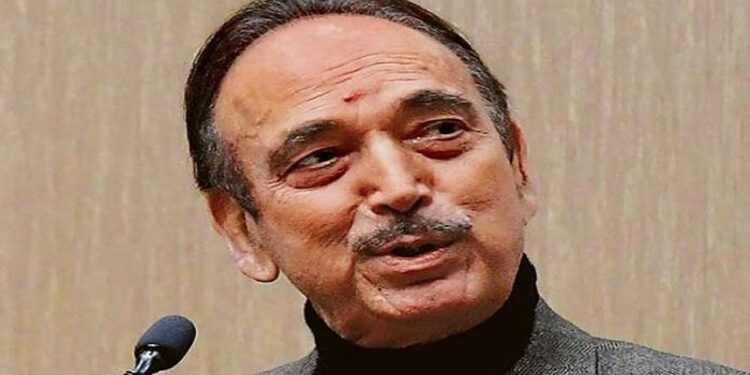 73-year-old Azad today resigned from all positions including his primary membership of the Congress. The Congress has suffered a major blow in recent months as several prominent Congress leaders.

In a 5-page long letter to Congress President Sonia Gandhi, Ghulam Nabi Azad alleged that the reason for his departure from the Congress was the alienation of senior leaders and growing partisanship in the party. Also, Azad criticized Rahul Gandhi as “immature”.

According to ANI reports, Mohiuddin said the Ghulam Nabi Azad-led party would be open to an alliance with Omar Abdullah’s Jammu and Kashmir National Conference (JKNC) and Mehbooba Mufti’s People’s Democratic Party (PDP).

We will form our own party under the leadership of former minister Mohiuddin, Ghulam Nabi Azad who addressed the press conference. We will make an announcement about this in the next 14 days. We will approach the Election Commission. We do not merge with any party. But they said that they will form a coalition government with NC or PDP only if we want a seat.

Appreciating Ghulam Nabi Azad’s role in Congress, former minister Mohiuddin said, “From former Prime Minister Indira Gandhi to today’s leaders, Azad Sahib was a great favorite in Congress. He played an important role in the growth of Congress. He said that he was an important leader who gave huge support to Sonia Gandhi.