by News Next Desk
in POLITICS, LATEST NEWS 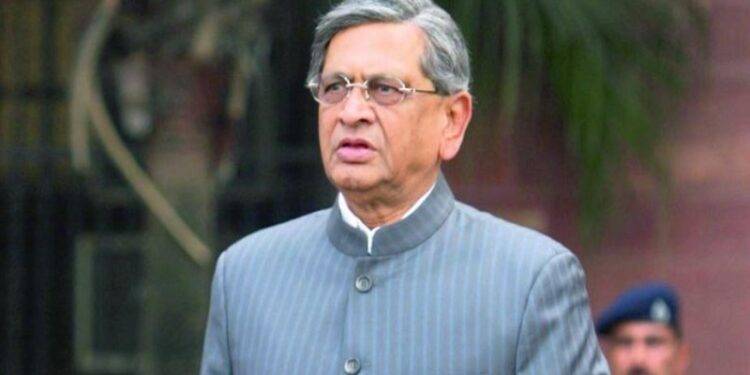 Former Chief Minister SM Krishna, who is suffering from high fever, has been admitted to Manipal Hospital in the city. Former CM SM Krishna admitted to hospital.

Former CM SM Krishna was earlier admitted to Vaidehi Hospital on Vitthal Mallya Road. Later it came to know that he was shifted to Manipal Hospital. Somanahalli Mallaiah Krishna, popularly known as SM Krishna, as the Minister of External Affairs with the government of India from 2009 to 2012. He is an active member from the Rajya Sabha and was also the 16th Chief Minister.

He is an active member from the Rajya Sabha and was also the 16th Chief Minister of Karnataka. In addition to all of this, he was the 19th Governor of Maharashtra and held the office from 2004 to 2008. Krishna ventured into politics in the year 1962 with the Praja Socialist Party.

Later during 1983–84, he was highly influenced by the Congress party and joined the party under Indira Gandhi and subsequently with Rajiv Gandhi between 1984 and 1985. Krishna resigned from the congress party in January 2017 and joined the Bharatiya Janata Party in March.

More information on this is awaited.