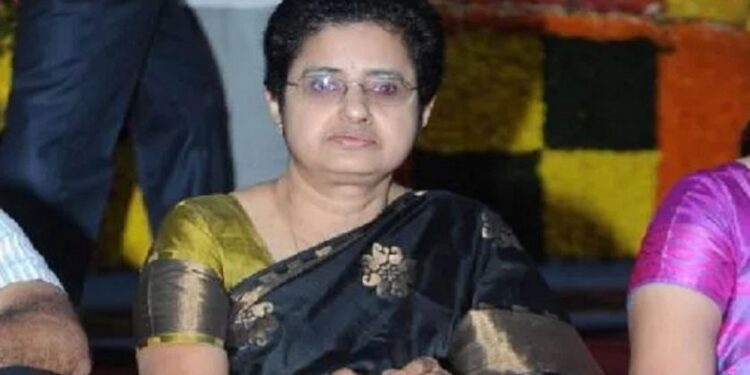 Andhra Pradesh Chief Minister NT Rama Rao daughter Uma Maheshwari was reportedly facing some health issues and was under treatment for the last few months. On Monday, she was reportedly found hanging to the ceiling fan in her bedroom.

The Jubilee Hills police have shifted the body for autopsy while a case was registered. Police suspect she might have ended her life as she slipped into depression over health issues. More details are awaited.

Youngest among 12 children of the Telugu Desam Party (TDP) founder, she breathed her last at her residence in Hyderabad after a brief illness. The passing away of Uma Maheswari plunged the Nandamuri family into gloom. She was the youngest of four sisters. Former Union Minister and BJP leader Daggubati Purandeswari and TDP President and former chief minister N. Chandrababu Naidu’s wife Nara Bhuwaneswari are her well-known sisters.

The actor-turned-politician had floated the TDP in 1982 on the slogan of Telugu self-respect and created a record of sorts by leading the party to power within nine months, ending the single party rule of the Congress in then undivided Andhra Pradesh.