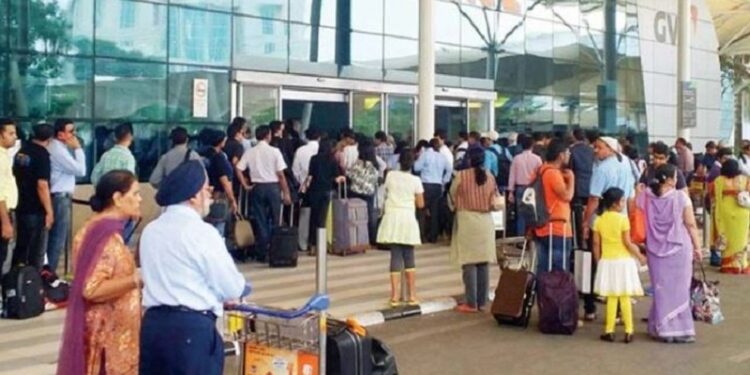 Flight tickets price down: Planning to travel during the festive season. If yes, then this news is for you. From tomorrow, 31 August, the government will remove price caps on domestic airfares. Flight tickets price down from tomorrow: details. This will give airlines flexibility on passenger fares. After a span of approximately 27 month, the limits imposed on domestic airfares will be removed from August 31, the Union Aviation Ministry had informed earlier this month.

After review of the current status of scheduled domestic operations viz-a-viz passenger demand for air travel…it has been decided to remove the fare bands notified from time to time regarding the airfares with effect from August 31, 2022,” the Civil Aviation Ministry stated in an order. From tomorrow, August 31, since there are no longer any price caps, airlines can charge whatever they see fit for passengers. The airlines may offer discounts on flight ticket prices to attract more travellers.

Previously, airlines could not offer discounts because of the lower and upper price caps on domestic airfare imposed by the government. The decision to remove air fare caps has been taken after careful analysis of daily demand and prices of air turbine fuel (ATF). Stabilisation has set in and we are certain that the sector is poised for growth in domestic traffic in the near future,” Aviation Minister Jyotiraditya Scindia had tweeted.

Also Read: Schools and colleges holiday in these places amid Heavy rainfall

ATF prices have been coming down during the last few weeks after jumping to record levels, primarily due to the Russia-Ukraine war that began on February 24. For example, airlines currently cannot charge a passenger less than ₹2,900 (excluding GST) and more than ₹8,800 (excluding GST) for domestic flights of less than 40 minutes.