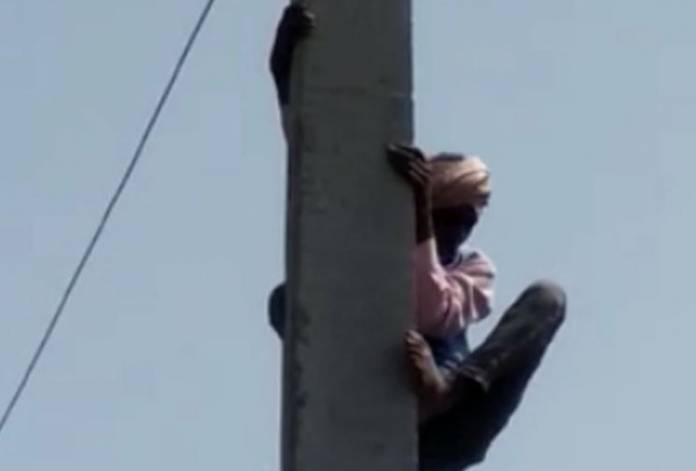 Rajasthan: A dramatic scene was witnessed in Dholpur district of Rajasthan on Sunday where an elderly man, climbed an electric pole of 11 thousand voltage.

Notably, the 60-year-old man, a father of five children, threw the tantrum as he wants to get married for a second time after the death of his wife and wanted to pressurise his family to agree to his decision. A huge crowd gathered around the electric pole after this stunt news spread across the village, with people urging him to come down.

Thankfully, when Sobran Singh climbed on the pole and held the high-tension line, there was no current in the wires. Soon after, his family immediately informed the employees of Madha Bhau Bijli sub-station about this incident.

Springing into action, the electricity department cut the connection, thus averting a major accident. After a lot of convincing from the family and neighbors, Sobran finally came down from the pole, to the relief of villagers. The 60-year-old man’s wife whose wife died four years ago, has three sons and two girls.

All his five children are also married and have children of their own. However, a few days back, he started insisting on getting married again, but his children were not ready for it and vehemently protested it.