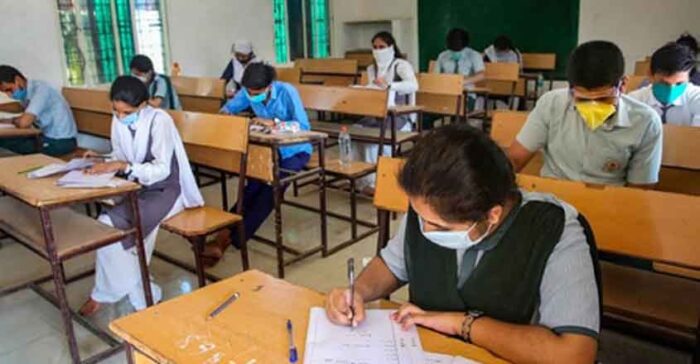 New Delhi: Exams for final year students in universities and higher education institutions which were to be held in July are likely to be cancelled in view of the spike in COVID-19 cases, and the commencement of the new session is likely to be deferred to October, according to officials.

Union HRD Minister Ramesh Pokhriyal ‘Nishank’ has asked the University Grants Commission (UGC) to revisit the guidelines issued earlier for intermediate and terminal semester examination, and the academic calendar. According to officials, a panel, set up by UGC and headed by Haryana University vice-chancellor R C Kuhad, has been asked to revisit the guidelines and come up with alternative options. The revised guidelines are expected to be announced by the higher education regulator within a week’s time.

“The ministry has made it clear that the foundation for revisited guidelines shall be the health and safety of students, teachers’ staff. The expert committee is of the view that the examinations due in July in most universities as per the revised academic calendar be cancelled and marks for final examination be awarded based on the past performance of each student. “Students who are not happy with the final marks being given to them based on previous examinations, can be given a chance to improvise their scores by taking examinations later when the pandemic subsides,” a senior official said.

“Similarly, the commencement of the new academic session, which was earlier planned for already enrolled students from August and freshers from September, is also likely to be deferred to October. The deliberations are on and final guidelines in this regard will be announced soon. However, any guidelines framed will be subject to review depending upon the COVID-19 situation,” the official added. Universities and schools across the country have been closed since March 16 when the central government announced a countrywide classroom shutdown as one of the measures to contain the COVID-19 outbreak.

A nationwide lockdown was announced on March 24, which came into effect the next day. While the government has eased several restrictions, schools and colleges continue to remain closed. The UGC had in April formed two committees to deliberate on issues arising due to the lockdown to avoid academic loss and take appropriate measures for the future of students.

One of the committees, led by Haryana University Vice-Chancellor R C Kuhad, was tasked with looking into ways of conducting exams in universities amid the lockdown and work on an alternate academic calendar. The second committee, formed to suggest measures to improve online education, was led by Indira Gandhi National Open University (IGNOU) Vice-Chancellor Nageshwar Rao. Based on the recommendations of the two panels, the HRD Ministry had on April 29 announced the guidelines recommending the exams for final semester students be conducted in July.

The commission had said that the universities may decide whether to conduct exams online or offline keeping in view the support system available with them and ensuring a fair opportunity to all students.