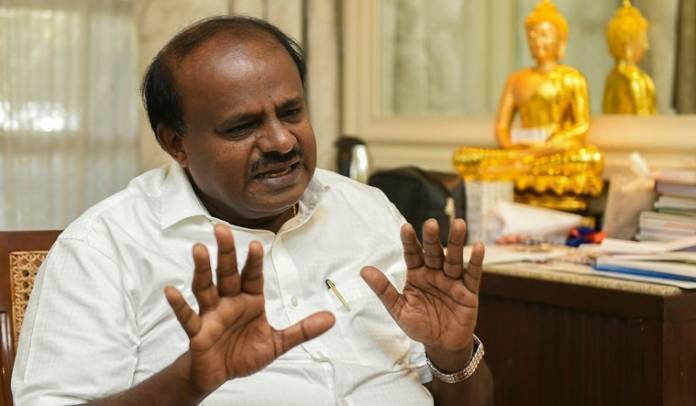 Bengaluru: A day after chief minister BS Yediyurappa tested COVID-positive, former CM HD Kumaraswamy has also tested positive for the virus.  He reportedly did not get a bed at Manipal hospital inspite of Health Minister Sudhakar’s interference.

Kumaraswamy took to Twitter to ask those who came in contact with him recently to get tested for the virus.  According to sources from his office, he was fatigued after returning to Bengaluru on Friday evening. He did not go to his home, and stayed at a private hotel instead. He later tested positive for the virus.

When he approached Manipal hospital, there were no beds available. Even after approaching the Health Minister, nothing could be done. He wanted to stay at his farm house which is located outside Bengaluru but the doctors denied that as Kumaraswamy has other ailments. The former CM has had heart operation some time ago.

For the last few days, Kumaraswamy had been campaigning for a party candidate in Basavakalyan, which is going to bypoll today.