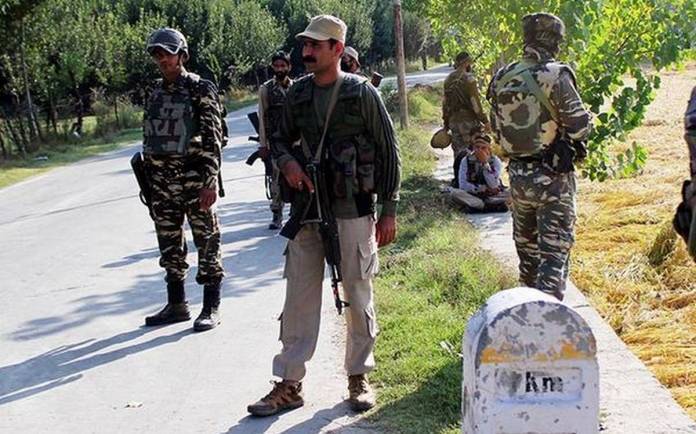 Security forces carried out an encounter for the second day in a row in Jammu and Kashmir’s Nowbugh Tral area of Awantipora on Friday. Heavy exchange of firing broke out from both sides after a comparative lull night. Firing picked up as the daylight broke.

On Thursday evening, three militants were killed and two security force personnel were injured in an encounter with militants in South Kashmir’s Shopian town, police said. A joint team of police, army and CRPF personnel launched a cordon-and-search operation in the locality following information about the presence of militants there.

Militants fired upon the forces, triggering off a gunfight. Three militants were killed in the encounter. Their identities were unknown according to the latest reports. Police believe they have trapped the top commander of the Al-Qaeda inspired terror outfit Ansar Ghazwat-ul-Hind. “Operation is going on. Further details shall follow,” Kashmir Police said in a tweet.

In the initial exchange of fire, two soldiers sustained bullet injuries and were shifted to hospital. Sources said the condition of one of the soldiers is serious. Top police and army officials had rushed to the site to monitor the operation.

The operation had begun at 4 pm on Thursday in Jan Mohalla locality and ended almost three and half hours later. The operation was still going on when reports of the casualties sustained in the gunfight were reported from that area.