by Anil Gundmi
in EDUCATION, LATEST NEWS
A A 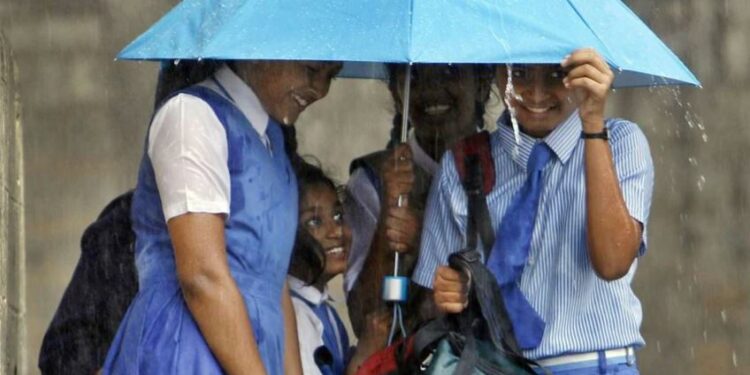 Puducherry Schools will remain closed today, November 4, 2022 and tomorrow, November 5, 2022 due to the heavy rains in the state. The announcement for school closure was made by the district education minister of Puducherry, A Namassivayam.

India Meteorological Department said Overnight rains lashed Chennai, its neighbouring districts and other regions of Tamil Nadu and rainfall continued on Wednesday as well, leading to inundation in parts of the State capital and nearby areas. Several stretches in and around the arterial Anna Salai.

The congested localities of north Chennai including parts of Pulianthope and neighbourhoods tucked away in southern parts of the city and suburbs witnessed waterlogging, resulting in traffic congestion and slow movement of vehicles.

In Chennai, Kancheepuram, Tiruvallur, Chengelpet, Nagapattinam, Thanjavur and Tiruvarur districts, a holiday has been declared for schools. Chennai schools and colleges were closed for today – November 2. 2022. The city has been inundated with heavy rainfall since Monday.

Between then and now, Chennai received 205.47 mm of rainfall, forcing the authorities to announce a holiday for the schools. Light to moderate rainfall is expected to continue in coastal and Cauvery delta regions of the State.

Greater Chennai Corporation authorities inspected several areas and said that there was no rain water stagnation in localities including KK Nagar-Rajamannar Salai, and subways like Ganesapuram in view of preparatory measures and storm water drain work.