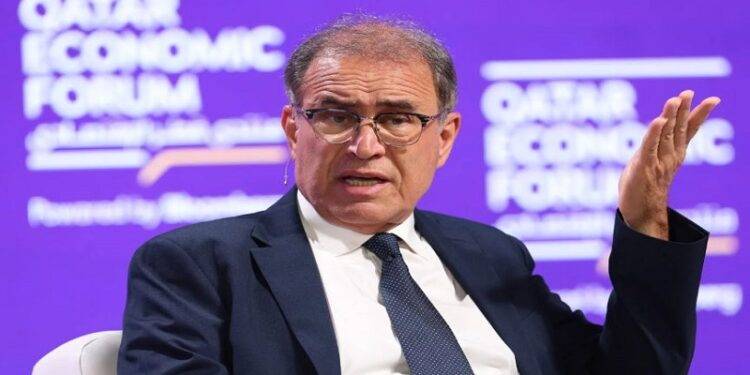 Earlier Andre had accurately predicted the economic crisis in 2008. After this economic recession, the stock markets around the world experienced a huge fall and a lot of people lost their jobs. Now once again Nouriel Roubini has warned about this financial crisis and it has caused concern. Economic recession for the entire world including the US: Famous economist made a prediction.

He has warned of economic recession after inflation due to many back-to-back blows including deadly epidemic like Covid-19 and conflict between Ukraine and Russia.

The period of economic recession will begin at the end of this year at the American and global level. And it will continue till 2023. This will be a prolonged recession and will see a huge downturn in the global economy. Also, Roubini has given an example that a huge loss can be observed in the Standard and Poor’s-500 (S&P 500), which is an important index of the US stock market.

The S&P-500 could fall as much as 30%. If this decline continues, the index will fall by per cent. Nouriel Roubini said in an interview that 40 percent of the losses may have to be suffered.

The US central bank, the Fed Reserve, has been continuously raising interest rates to curb current inflation. To this, Nourial Roubini said that it seems that the Fed Reserve has no other options. He said the Federal Reserve’s 2 percent inflation rate seemed impossible to achieve without a hard landing.

Roubini expects Fed interest rate hikes of up to 50 basis points in November and December. Many zombie firms, banks, corporates, shadow banks have given shocking hints that they are about to lose their existence.

Currently the whole world is in the grip of economic recession. However, no fiscal stimulus measures are expected from the governments. Most governments are already running on excess debt. Roubini said that he sees this situation as the situation of the 1970s.

A large credit deficit could be seen and it would not be a short-term recession. He said that this is going to be a severe and prolonged recession.

Famous economist Roubini, who has revealed the shocking aspects of economic recession, has also given some advice. Don’t over invest in equity. He suggested that if inflation increases, the equity value may fall by 10, 20 or 30 percent.