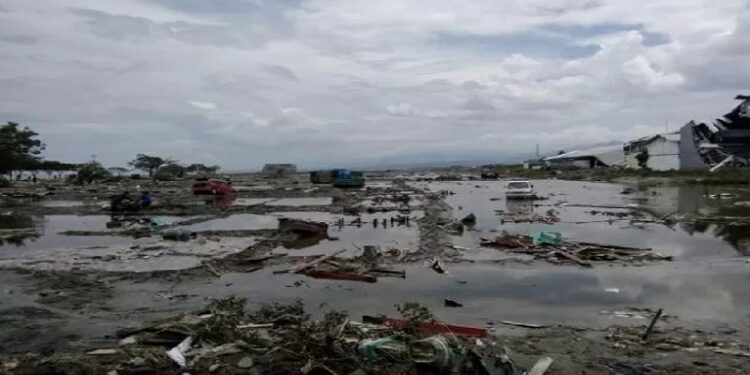 Two earthquakes of magnitude 6.2 and 5.5 were reported in Indonesia’s West Papua province just yesterday (September 10). The epicenter was at a depth of 16 km from the earth. Indonesia’s Meteorological Department said there was no tsunami threat from yesterday’s earthquake. No information was available about the damage to property and loss of life. Earthquake in Indonesia: Tsunami Warning Announcement.

150 km from Jakarta, the capital of Indonesia. 42 km in the distant ocean. Indonesia’s disaster management agency warned that a tsunami may occur. Soon after this, the intensity of the earthquake was reduced to 6.8. However, panicked people ran out of the building.

In recent days, earthquakes have been reported frequently in Indonesia. Volcanoes and tsunamis are also frequently reported in the country of around 2.70 crore population. Indonesia geographically falls within the ‘Pacific Ring of Fire’ zone. Here the various tectonic plates in the subsurface meet. This causes a chain reaction, which in many cases leads to an earthquake. The Papua region of Indonesia is sparsely populated. Hence more casualties, risk not reported.

So people in this area are worried. No casualties have been reported so far due to the earthquake. Indonesia’s disaster management agency has warned that the intensity of this earthquake could lead to a tsunami. At first, Indonesia’s disaster management agency said that the magnitude of the earthquake was 7.6 at a depth of 10 km, and a tsunami was also possible. However, the US Geological Survey has clarified that an earthquake of magnitude 6.8 was recorded. Due to the intensity of the earthquake, the public came out of their buildings and people inside their homes.