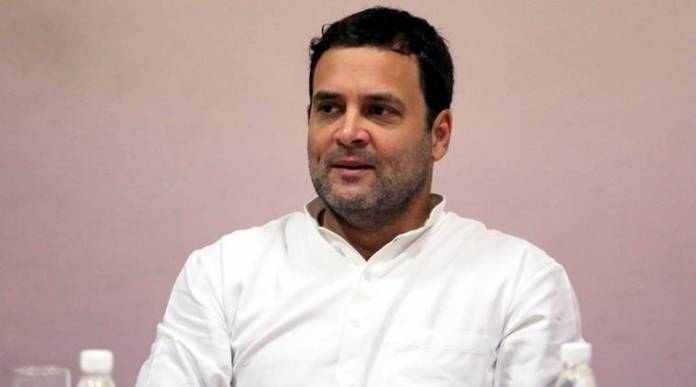 New Delhi: While many across North India fled their homes in a hurry or posted about the massive earthquake on social media in a panicked state, one man remained cool, calm and collected Congress leader Rahul Gandhi.

Rahul Gandhi was part of a live virtual interaction with historian Dipesh Chakrabarty and political science students from the University of Chicago when strong tremors jolted north India, including Rajasthan, where the Congress leader is currently on a two-day visit.

While answering a question about social media trolling and media censorship by the government amid the farm protests raised by a student, Rahul Gandhi paused for a second, informed everyone that an earthquake was happening, smiled and continued speaking.

“By the way, I think there’s an earthquake going on,” Rahul Gandhi can be heard saying in the video of the interaction at 58.49-minute mark. He later chuckles and says he can “feel his entire room shaking”. The revelation left other speakers amused as Rahul Gandhi smoothly continued answering the question. The session was then joined by Indian Overseas Congress chairman Sam Pitroda.

The interaction amused many on social media. “I love how Rahul Gandhi went like “btw I think there’s an earthquake, my whole room is shaking” in the middle of his interaction with students of the University of Chicago and then just continued with his answer,” wrote one Twitter user.

Mangaluru: The coronavirus vaccination drive for people above 60 years and those aged 45 and above with comorbidities began on Monday at government and...
Read more
BREAKING

In some hopeful news Arunachal Pradesh has become completely free of Coronavirus after three patients were discharged following their recovery from the virus, bringing...
Read more
- Advertisment -