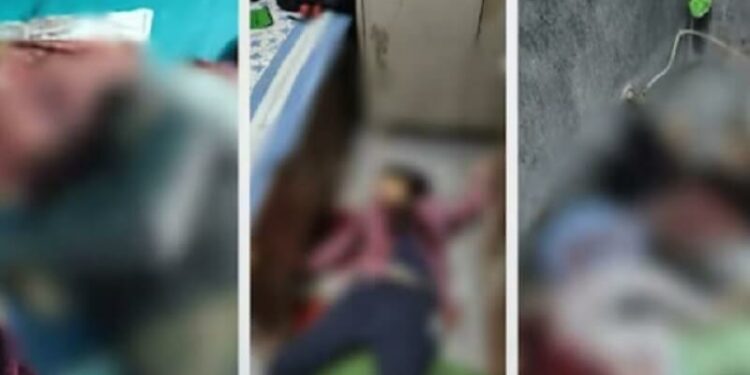 25-year-old accused Keshav was a drug addict. Fed up with this, the family stopped him from taking drugs. Enraged by this, he stabbed his father, mother, sister and grandmother to death.

The deceased have been identified as Dinesh Kumar (42), his wife Darshan Saini (40), mother Deevano Devi (75) and daughter Urvashi (22). Keshav, who is a drug addict, had returned home from Gurgaon a few days ago. He murdered his parents, sister and grandmother who hindered his drug addiction.

The police said that two dead bodies were found lying in a pool of blood in the bathroom, while two other family members were found dead in the bedrooms. On Tuesday around 10:30 p.m., neighbours informed the police after hearing people screaming in the upstairs house.

The police immediately reached the spot and recovered the bodies lying in the pool of blood and arrested the accused.