News » LATEST NEWS » Domestic and international flights to become operational!!!,Here is what we know so far

Domestic and international flights to become operational!!!,Here is what we know so far 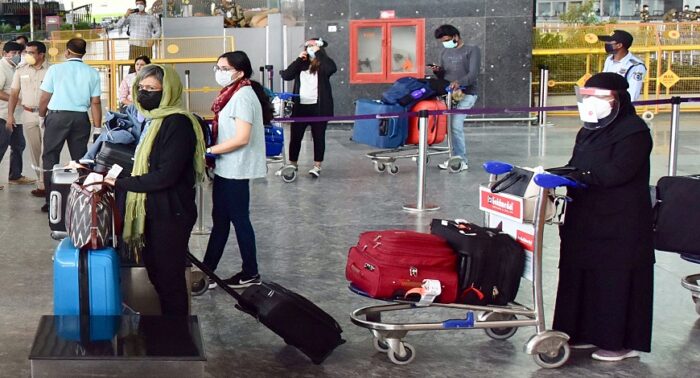 New Delhi: The central government is expected to take a call sometime over the next one week on when to resume flight operations. To this extent, the Ministry of Civil Aviation has already reached out to various stakeholders including airlines, airports and ground-handling firms to begin laying the ground for restarting flights.

The government is learnt to have told airlines that the carriers and the customers will be given time of 10 days to make commercial and technical preparations before the green signal to restart flights is given.

Initially, the repatriation mission being conducted by Air India is expected to be extended on domestic routes. Currently, only international passengers are flying on these flights. Once, sufficient number of repatriation flights are operated on domestic routes, other private airlines may be allowed to fly between airports that are situated in green zones. However, airlines have expressed concern that these airports may not provide necessary passenger loads for flights to be commercially viable. Most major centres such as Delhi, Mumbai, Bengaluru, Ahmedabad, etc are still classified as red zones.

The plan being chalked out by the government for now focuses on resuming the domestic operations and officials have said a call will be taken on international flights after assessing the Covid-19 situation in a particular country. Quite obviously, a lot on this front also depends on the destination country’s assessment of India being safe and consequent permissions that need to be issued to Indian carriers to fly to their airports.

A detailed set of standard operating procedures is being worked on by the government in consultation with the aviation industry and going by the initial feedback, a number of new rules and regulations are expected to be put into place that will change the flying experience. These include mandatory social distancing at airports, revisions in the way security procedures are conducted to ensure minimal contact, use of face masks and personal protective equipment by passengers and employees, among others. A variety of new health checks may also be instituted that could result in longer queues at airports and increased wait times.