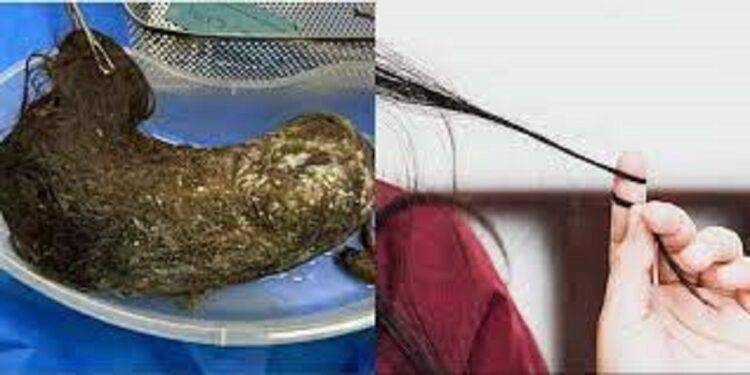 A ball of hair, weighing about two kilograms, was taken out using surgery from the stomach of a 17-year-old girl. A team of doctors at Lucknow’s Balrampur hospital achieved this feat on Thursday.

The girl from Balrampur district had approached the hospital with abdominal pain and gastrointestinal issues. Preliminary diagnosis through ultrasound and CT scans showed an unidentified lump in the girl’s stomach.

Dr S.R. Samaddar, who led the team of surgeons, said, “I performed an endoscopy and the ball of hair was found. The patient was in denial of ever pulling her hair, let alone consuming it. This sort of a rare condition occurs in a mentally unstable person.

After a lot of coaxing, the patient finally agreed that she had been doing the obsessive act for the last five years.” This rare disorder called Trichobezoar occurs when a mentally unstable person is involved in obsessive pulling of hair and eating it, which then accumulates as a lump in the stomach.

The lump of hair, weighing two kilograms and measuring 20×15 centimetres in dimension, required one and a half hours of surgery.

Jet Crashes into A Building: 4 People Are Killed