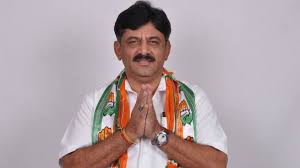 Karnataka:With the Congress leadership keen on appointing a new head for the Karnataka Pradesh Congress Committee (KPCC), two leaders, D K Shivakumar and M B Patil, were seen on a head-to-head race to head the post.

The KPCC presidentship has been vacant ever since the incumbent Dinesh Gundu Rao had submitted his resignation, taking moral responsibility for the party’s poor performance in recent bypolls in which the ruling Bhartiya Janata Party (BJP) won 12 of the 15 seats, ensuring a majority for itself.

However, there seems to be an end as Congress high command is likely to announce the party’s key troubleshooter DK Shivakumar as the next state unit president with MB Patil as the working president, according to reports