One of the leaders was also heard saying that DKS is a drunkard. It all happened Tuesday when the two leaders were about to address a press conference. 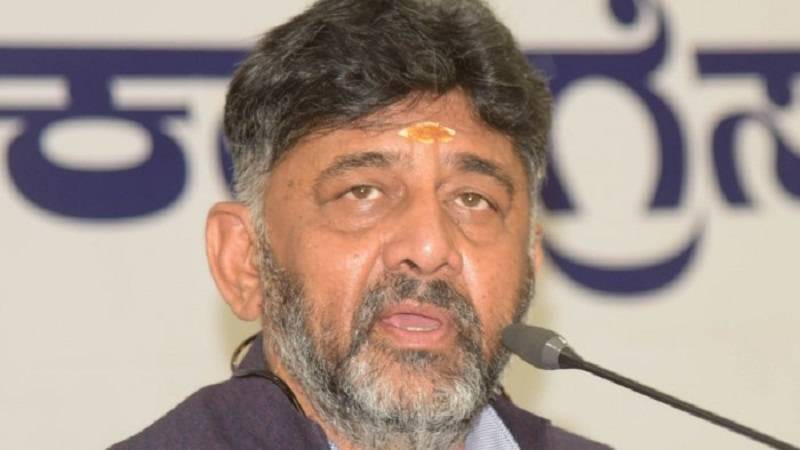 Political leaders in Karnataka are often prone to getting caught on camera at the wrong moment. This time, in a major embarrassment for the Congress, two top leaders were caught on camera discussing state party president DK Sivakumar’s clandestine way of collecting bribes.

One of the leaders was also heard saying that DKS is a drunkard. It all happened Tuesday when the two leaders were about to address a press conference. Minutes before the address, the duo were having a private conversation on the dais where the microphones were placed and cameras were on.

In the video which went viral (in the possession of IE), Saleem is seen whispering into the ear of Ugrappa complaining that Shivakumar was a “collection giraaki” (agent), who has made crores of rupees as commission. “It is a big scandal. If dug up deeper, it will reach him (Shivakumar). It was six to eight per cent before then it became 10 to 12 per cent. It is all DK adjustment. Mulgund (aide of DK) has made Rs 50-100 crore. Imagine if Mulgund has this, then how much DK has,” Saleem is heard telling Ugrappa.

Shivakumar was minister of Water Resources during the Congress-JD(S) coalition government. Saleem was also seen commenting on Shivakumar’s style of speaking, like he is “drunk” and “Siddaramaiah sounds very strict”. Ugrappa was heard stating that the party has failed to bounce back under the leadership of Shivakumar.

After the video went viral, on Wednesday, the KPCC disciplinary committee of the party suspended Saleem for six years and sought a response from Ugrappa. After the video went viral, Ugrappa said that he has known Shivakumar for 3-4 decades and he is a committed politician working towards betterment of Karnataka. On Wednesday, Shivakumar reacted saying their party is a disciplined party and said, “This has caused huge embarrassment to the party.

The statements which were made were neither connected to the party nor me. It was their internal conversation and I do not deny their words.” Home Minister Araga Jnanendra said that if Ugrappa has concerns to make a corruption free society, let him file a complaint and the state police will probe the allegations levelled.