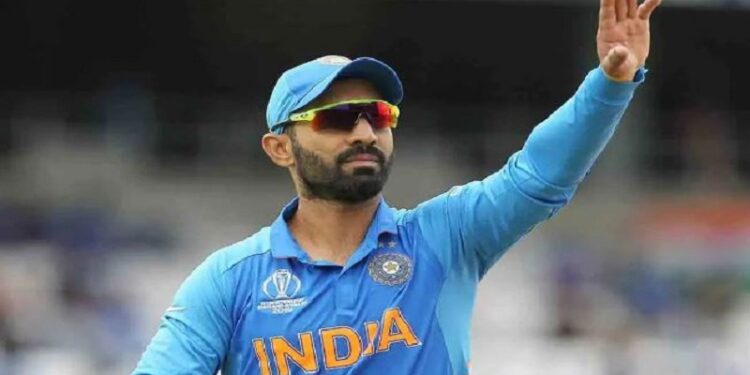 Karthik has been in stellar form as the 38 years old wicket-keeper batter has been helping his team win crucial games. Whereas, considering the current event, Dinesh Karthik put a splendid game against South Africa hitting 55 of 27 balls.  While the series Captain Rishabh Pant’s bat has been quite shut since the start of the series. As a result, he’s been unable to score for his side and doesn’t look in great form.

Hence, this is what makes Dinesh Karthik the perfect replacement for Pant ahead of the T20 cricket World Cup. Well the possibilities might favour Karthik, but the decision is yet to be made. In the latest interview with ESPNcricinfo Steyn shared his thoughts on the Karthik vs Rishabh debate, saying that India must choose someone who is in good shape for the T20 cricket World Cup in Australia.

Pant had four opportunities in this series, but he just seems to be making the same mistakes. You would think that good players learn from their mistakes. He hasn’t and DK has just come out every single time and has shown what a class player he is.” Adding on he concluded, “If you want to win World Cups, you pick a guy that’s in form. If he’s in a purple patch or is in red-hot form, you pick that guy.”

Karthik has been a success ever since IPL 2022 began. He played a near-perfect finisher role at Royal Challengers Bangalore and resumed his excellent form in the ongoing T20Is against South Africa. As a result, examining the recent impressive performances of the Tamil Nadu superhit batsmen, Steyn gun stated: “DK has been in phenomenal form and it just looks like he is getting better and better.” he added.

Another cricketer former India pacer Ashish Nehra reckons that ‘impact player’ Dinesh Karthik has already booked his place in the T20 World Cup squad. Nehra lauded the experienced batter, saying that his ability to hit in the slog overs can help India chase down targets as big as 200 even on pitches in Australia. Karthik returned to the Indian T20I side on the back of a fantastic IPL 2022 season and has been showcasing his finishing prowess against South Africa.

Karthik has scored 92 runs in four T20Is at an astonishing strike rate of 158.6 and with a boundary rate of 3.8 balls. Most importantly, Karthik scored 84 off those runs in the slog overs at a strike rate of 186.7 with a boundary every 3.2 balls. “Today he batted at No.6, which I liked, and that fact that he scored a half-century…his innings was longer and he got to bat earlier in the game…so these are the expectation you have from your most experienced player whom you have recalled to the team,” Nehra said while talking to Cricbuzz.

“Yes he does score runs in the last 3-4 overs but experience means that he knows a lot many other things as well. Selectors, team management should all be happy. The knock surely will give him confidence as well and going forward, in this entire talk about impact at that batting position…you have Hardik Pandya, Rishabh Pant, Ravindra Jadeja and then the experience of Karthik. He is the kind of player who can help you chase down even targets of 200 in Australia,” he said.

Initially, the tournament was to be held in India in October and November 2021, however, in July 2020, the International Cricket Council (ICC) confirmed that the tournament had been postponed to 2022, due to COVID-19. In August 2020, the ICC reaffirmed that Australia would host the 2022 tournament and India will host T20 World Cup 2020 in 2021.