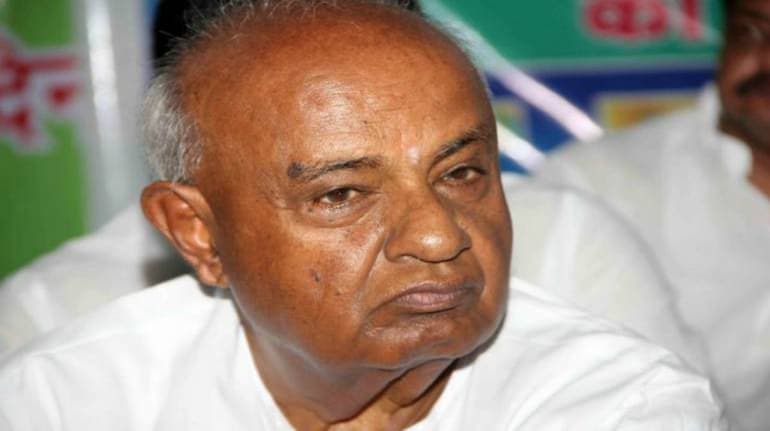 Bengaluru: Former Karnataka chief minister H.D.Kumaraswamy on Monday confirmed that his father and former prime minister H.D.Deve Gowda will be the Janata Dal (Secular) of JD(S) candidate for Rajya Sabha from the state.

“Finally, @H_D_Devegowda responded to everyone’s hope and ambition. He will be the state’s top representative in the Rajya Sabha,” Kumaraswamy said in a post on Twitter.

“Former PM @H_D_Devegowda has decided to contest the Rajya Sabha elections at the request of party legislators, @INCIndia Sonia Gandhi Ji and several national leaders. He is going to file his nominations tomorrow. Thanks to Sri DeveGowda for agreeing to everyone’s consensus,” Kumaraswamy added.

Party leaders say that Gowda was reluctant to take up the nomination after his Lok Sabha election defeat from Tumakuru and considered the nomination to the upper house as “back door entry.” Both the Bharatiya Janata Party (BJP) and Congress have agreed to shift its surplus votes to Gowda, according to at least one leader from each party.

The JD(S) had a bitter fall out with the Congress in Karnataka after 14 months in power. However, Gowda’s candidature has brought about a bonhomie and a truce of sorts between the three warring political parties of the state.

There are four Rajya Sabha seats that fall vacant and the BJP has adequate votes to elect two candidates while the Congress has enough for one and the JD(S) will have to depend on both its rivals to get Gowda elected.

Senior Congress leader Mallikarjun Kharge was handed over the ‘B’ form from the party on Monday that enables him to file his nomination.

Kharge, who was referred to as ‘solilada saradara’ or chieftain who never has been defeated, had won 11 elections in a row until he was beaten in the 2019 Lok Sabha polls. Kharge and Gowda, among others, had all been swept away by the BJP wave. Prime Minister Narendra Modi-led saffron outfit had won an unprecedented 25 of the total 28 parliamentary seats in the state.