News » LATEST NEWS » Department of intelligence reports reveals China’s true colour, Pressure on the WHO to cover up the Corona report

Department of intelligence reports reveals China’s true colour, Pressure on the WHO to cover up the Corona report 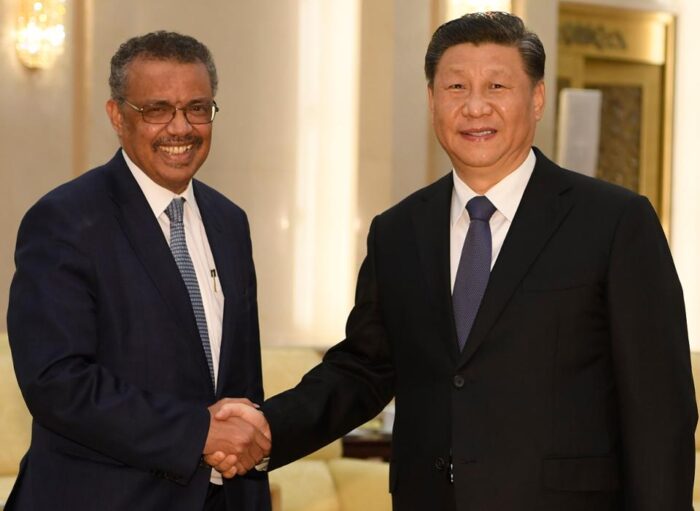 Bengaluru: Many countries, including America are making serious allegations that China is responsible for the spread of corona virus worldwide. There also allegations that the World Health Organisation has lied about the number of victims of Corona virus in China. Germany’s spying report, however, reveals that China is putting pressure on the WHO.

Appearing in the city of Wuhan, Corona has killed so many people in China. Experts report that Corona virus spreads from man to man.  But Germany’s leading internet media company Der Spiegel reported that Chinese President Xi Jin Ping put pressure on the World Health Organisation (WHO) to disclose the fact that China could spread man-to-man.

That is why the US has abolished year-round assistance to the World Health Organisation. In the meantime, China has threatened the world’s countries, including India, that not to call Corona virus as chaina’s virus. Millions of people have died in China. More than 80 lakh mobile phones are switch off. Chinese media reported on the funeral of more than 30,000 people. However, the World Health Organisation has spoken about the coroner’s death in China, lying about the deaths. It is against this backdrop that Germany has spied on this.

But the World Health Organisation (WHO) has denied the BND report. And said that, “WHO chief had no talks with Chinese President Xi Jin Ping on January 21. The WHO prepared the report on the corona infection on January 20 and officially published it on January 22. Saying that the report would not have been published on January 22, if the WHO had come under pressure”.