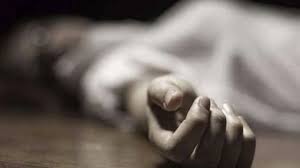 New Delhi: Bodies of two Delhi University understudies were found inside a flat in southeast Delhi’s Jamia Nagar, police said on Sunday. The man and the lady, both 23 years of age, were from Ladakh, they said.

During the  initial inquiry,, it was found out that the man used to remain alone in a flat at Jamia Nagar’s Batla House area, while the lady was living at Vijay Nagar in the North Campus, Deputy Commissioner of Police (DCP), South East, RP Meena, said. The lady had come to meet the man at his flat on Saturday, he said. The entryway of the flat was darted from inside and was broken at the request of a security watchman and his child Vinod, Mr Meena stated, including that the spot has been shot and examined. The bodies have been moved to the AIIMS. The understudies’ families are in Delhi, the DCP said. Further examination will be done by a group from the Forensic Science Laboratory, Mr Meena said.