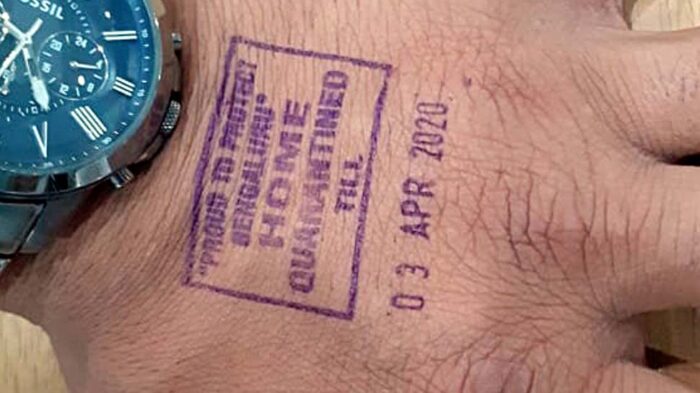 New Delhi: 33 FIRs have been registered across the national capital against people for flouting home -quarantine rules, police said.
The violators been booked under the relevant sections of the Indian penal code and section 2 of the Epidemic Diseases Act, they said
In Delhi’s Dwarka district, which has strictly enforce the home Quarantine guidelines during the ongoing lockdown for public safety and health, 21 FIR have been registered against people who were found to be violating the rules, a senior police official said.
It si ensured through regular surveillance by way of physical verification and technical monitoring he said.
Eight such cases have been registered in south district, two in north, one each in northwest and central districts against those people who were found violating home quarantine rules, police said