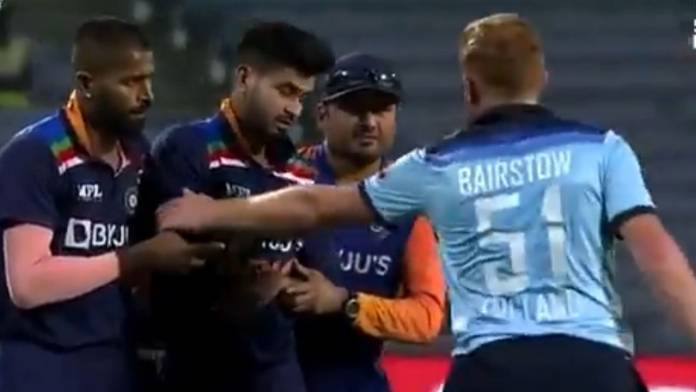 India batsman Shreyas Iyer was on Wednesday ruled out of the ongoing ODI series against England and left in serious doubt for full season of the IPL starting next month after dislocating his left shoulder in the opening game.

The incident happened in the eighth over of the England innings when Shreyas dived on a drive hit by Jonny Bairstow off pacer Shardul Thakur. The 26-year-old looked in tremendous pain as he left the field clutching his shoulder.

“It is unlikely he will play the first part of IPL,” a BCCI source told media. On Tuesday, the BCCI had stated, “Shreyas Iyer subluxated (partially dislocated) his left shoulder in the 8th over while fielding. He has been taken for further scans.”

He captains Delhi Capitals in the IPL, which begins on April 9. The Mumbaikar had perished for just 6 while batting. Shreyas had led Delhi Capitals to the final in the previous edition of the league.