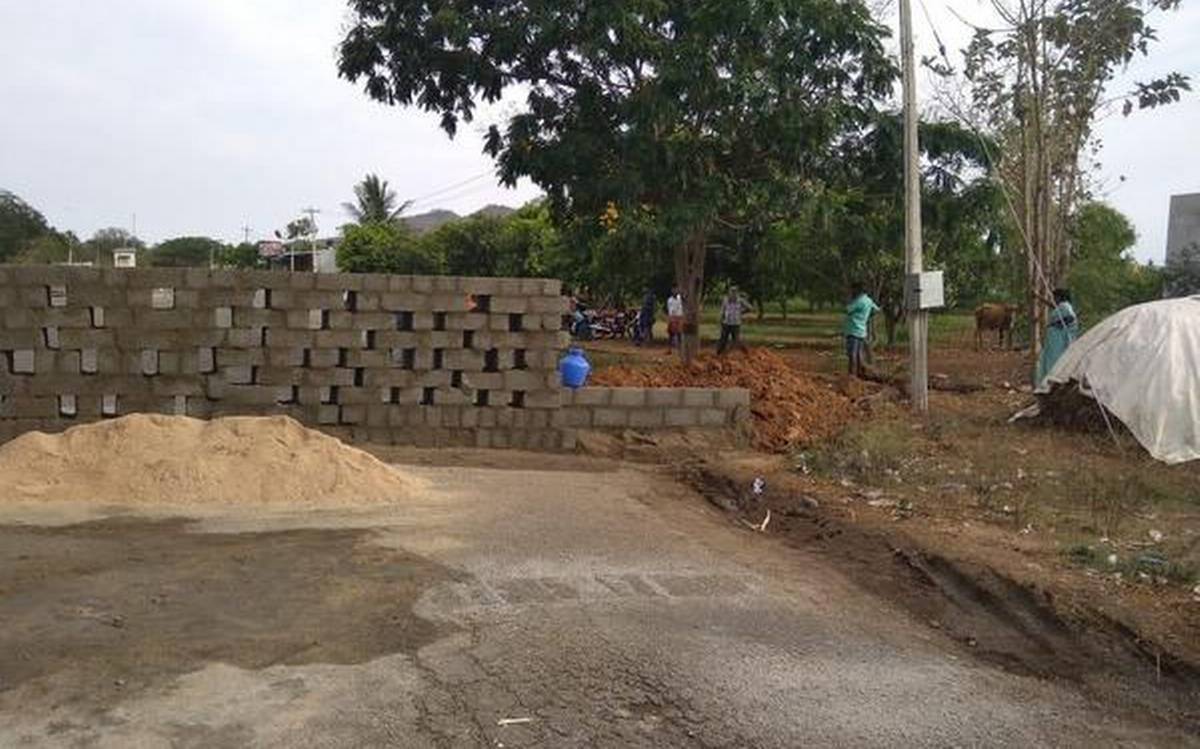 Tamil Nadu: The Vellore district administration in Tamil Nadu (TN) has erected brick walls on three highways connected to Chittoor district, as part of steps to tackle the COVID-19 spread. The walls with cement bricks came up all of a sudden on the Palamaner-Gudiyattam road, Chittoor-Tiruttani and Chittoor-Vellore roads.

At a couple of places, the cement bricks were placed on one another, while near Palamaner, the officials deployed construction workers to cement the wall. Work began on Sunday evening and is still going on as of Monday afternoon. Naraharipeta (Chittoor) Sub-Inspector Vasantha Kumari told media that as the brick wall was constructed on the TN side, and by the revenue and police officials there, the issue has to be tackled by higher authorities.

They (TN) said the construction of walls is in tune with the orders from the State government concerned. Prior to this development, transportation of essential commodities and medical emergencies used to be allowed on the border check-posts. Now, they have stopped this also, she said. The Gudiyattam and Vellore roads are used frequently by the rural people from both sides of the border.

The Cuddalore highway which passes through Chittoor and Vellore is considered vital in view of the medical emergencies rushing to Christian Medical College at Vellore. Revenue officials at Gudipala, Palamaner and Chittoor said the issue was taken to the notice of District Collector Narayana Bharat Gupta.

Chittoor district borders with Krishnagiri, Vellore and Tiruvallur districts from Satyavedu to Kuppam, over a distance of about 200 kilometres.