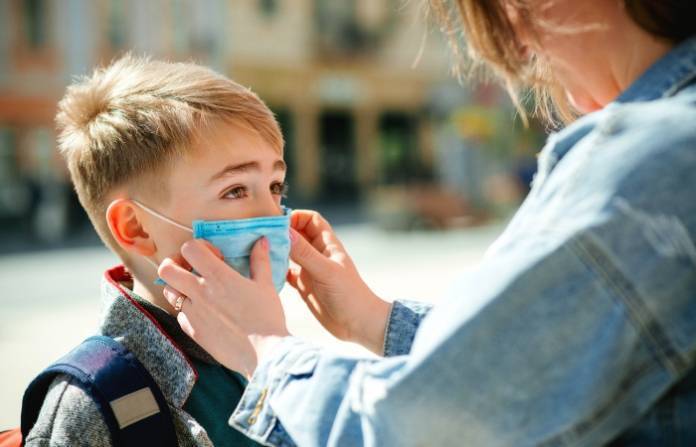 Covid infections in teenagers and younger children have jumped by more than 100% in the last 44 days. Experts have attributed the rise to this group’s greater exposure to the virus as its members may be constantly stepping out to help out with errands while the younger kids may be contracting it through contact with infected family members.

Which also more than doubled to 8.67 lakh in the same period. Experts say, the first wave of the virus attacked the elderly, in the second wave, more youth are seen to be affected and the third wave, it is feared, could be dangerous for children. The civic body and doctors have urged people to consult doctors immediately on experiencing any corona-like symptoms. “The third wave is also expected to be more lethal.

It needs to be understood that when the first wave of Covid struck, the virus would kill the lungs in 10 days. In the second wave, this period has been reduced to 5-7 days. It is being said that in the third wave, this period could further diminish to as low as it can get 2 to 3 days,” said an expert. Health officials say a large number of children and youth have become infected after coming into contact with infected people in their family and friend circles.

“As per an initial finding, children and young adults mainly get infected due to ignorance about the contagious nature of the disease and after coming into contact with infected family members unintentionally,” an official said. Meanwhile, paediatricians in civic-run hospitals said that the proportion of kids in need of hospitalisation and critical care too has increased at tertiary care hospitals, as against that in the previous year.

“The rate of hospitalisation is 1.5 times to 2 times more compared to the first wave,” said a doctor. However, a small consolation is that unlike in adults, where delay in seeking care often contributes to severity, it is not so in the case of children.