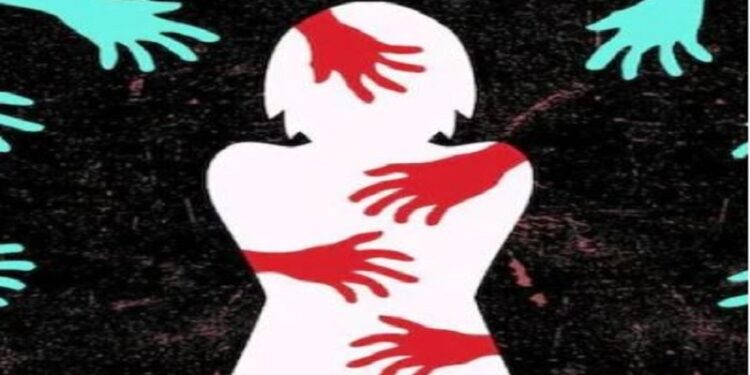 Barmer: A 20-year-old deaf and mute Dalit woman was allegedly gang raped in Dhorimanna town in the border district of Barmer on Thursday night and then threw her in a bloodied state nearby. She’s been taken to the hospital and the suspects are being sought by police. Dalit deaf-mute girl gang raped near India-Pakistan border in Barmer district.

According to the Barmer district police, the woman had gone to feed cattle near a field. Meanwhile, two to four young men approached her in a Bolero and raped her.They reportedly ran away when they saw the villagers. The incident happened less than 100 km from the India-Pakistan border.

According to Dhorimanna SHO Sukhram Vishnoi, police arrived at the scene after receiving the information and began questioning the residents. It appears to be a rape after a doctor’s examination. SHO Vishnoi stated that police have formed four task forces and have begun searching for the accused.

Things are still a bit unclear as the woman cannot speak and the accused are yet to be identified by the police. According to the local police officials, a case has been launched against unnamed men perpetrators under the relevant sections of the Indian Penal Code. The police also stated that the victim’s medical examination will take place on Friday.

CCTV footage from the cameras installed in the area is being analysed to identify the suspects, the police added, saying that no arrests have been made thus far, as the victim is mute and has not spoken anything about the incident, is still under shock, and has not named or identified any suspects so far.