News » INDIA » Cyrus Mistry was in the news due to controversies 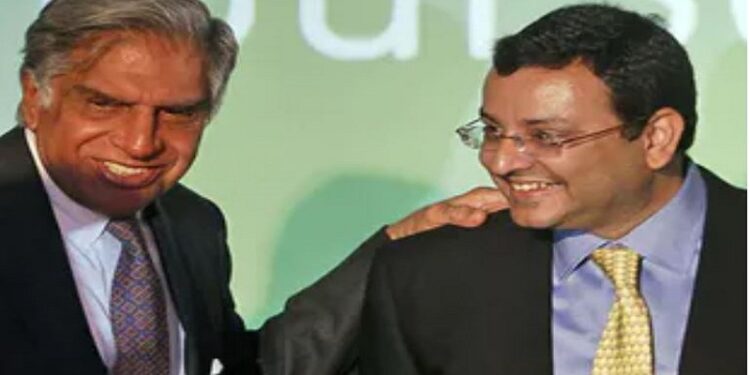 Cyrus Mistry was born on June 4, 1968 in Mumbai. Second son of famous businessman and billionaire Pallonji Mistry. As both parents had obtained Irish citizenship, he also obtained citizenship of that country and served in Tata group and Chairman of Tata Sons . Cyrus Mistry was in the news due to controversies

He completed his primary education at Cathedral and John Cannon School, Mumbai and graduated in Civil Engineering from Imperial College, London. Cyrus joined the Tata Group in 1990 as a director of Tata Elki. He continued in that post till 2009. He also served as the Director of Tata Power Committee till 2006. In 2006, after his father retired from the board of Tata Sons, Cyrus succeeded his father. Cyrus’ father died on June 28.Cyrus Mistry was in the news due to controversies.

Election as Chairman: In 2013, Cyrus was elected as the Chairman of Tata Sons. During that time, he was also the chairman of many of Tata’s subsidiaries. On 24th A.D. 2016, it was decided that Cyrus should be removed from the position of the chairman of Tata Sons. Cyrus had appealed to the National Company Law Appellate Board (NCLAT) in this regard. On June 9, 2018, Mistry’s application was dismissed. During the same period, Natarajan Chandrasekaran was appointed as the President. NCLAT declared his appointment illegal by the board.

According to the police, the car, he was travelling in, was being driven by a well-known gynecologist from Mumbai. There were two other passengers in the car as well, the gynecologist’s husband Darius Pandole and his brother Jahangir.

Primary information suggests that the car was over speeding and tried to overtake another vehicle from the wrong side (from the left), a police official told PTI. The gynecologist, Anahita Pandole (55), and her husband Darius Pandole (60) survived the crash, while Mistry (54) and Jahangir Pandole, brother of Darius, were killed in the accident, which happened around 3 pm, about 120 km from Mumbai, the official said.

Tata Sons again approached the Supreme Court regarding this matter. But Cyrus himself took a step back and said, “I don’t want the post of president. But he requested to be given a seat in the board. The Supreme Court stayed the NCLAT decision. It is being analyzed that the legal battle with the Tata Group has ended with the death of Cyrus Mistry.