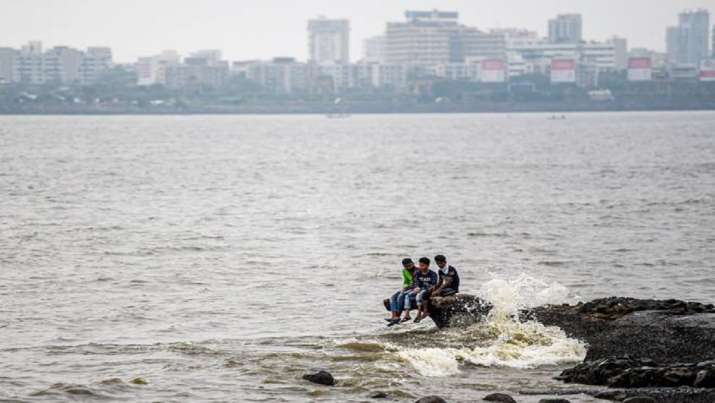 Mumbai: Mumbai shifted patients to safety from hospitals that may be vulnerable as it prepared for a cyclone that is likely to disrupt business in a city that’s already facing the brunt of a virus outbreak.

Winds with speeds as high as 120 kilometres (75 miles) per hour will batter the city that’s home to the country’s central bank and the benchmark stock exchange, according to the India Meteorological Department. The second cyclone in the country in a fortnight, called Nisarga, is the biggest storm to make landfall near Mumbai in more than a decade.

The storm will be intense enough to damage communication, electricity poles, trees, and plantations. The Mumbai Metropolitan Region Development Authority has lowered heavy equipment at construction sites like the Mumbai Metro project. A temporary Covid-19 hospital, built in about two weeks on MMRDA grounds, can withstand winds of as much as 100 kilometres per hour.

Nearly 1,00,000 people, including some coronavirus patients, have been moved to safer locations, officials in Maharashtra said. The Gujarat government has said that nearly 79,000 people will be evacuated from coastal regions by early Wednesday.

Gujarat relief commissioner Harshad Patel told reported on Tuesday that 18 districts across the state would experience heavy rainfall and strong winds. The IMD said on Wednesday that the cyclone is expected to cross Alibaug between 1 pm and 3 pm. It is approaching the north coast of Maharashtra with a speed of 13 kilometers per hour,

The cyclone is adding to the country’s misery as the pandemic has resulted in loss of livelihood and pushed millions into poverty because of the strict stay-at-home rules. As a result, the economy is heading for its first full-year GDP drop in more than four decades.

WhatsApp could soon be used to call elevators