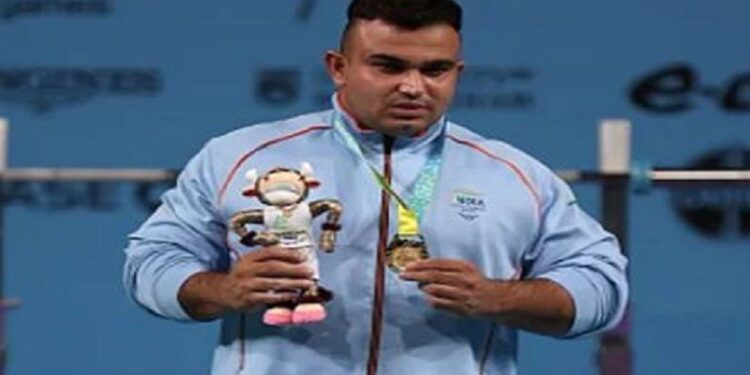 Experienced lifter Sudhir, who produced a spectacular performance, won the gold medal in the Para powerlifting event in the heavyweight category of the Commonwealth Games, setting an all-time record. Sudhir lifted 208 kg in his first attempt and 212 kg in his second attempt G Bharavannetty scored the highest total in Commonwealth Games history with 134.5 points.Para powerlifter Sudhir wins gold by writing an all-time record

Sudhir, who won a bronze medal in the Asian Para Games, was affected by polio in his childhood. So far in Para Powerlifting, he has achieved such a feat that the whole world looks up to him. Ikechukwu Christian Obichukwu won the silver medal with 133.6 points while Mickey Yule won the bronze medal with 130.9 points in the heavyweight paralifting event at this year’s Commonwealth Games.Para powerlifter Sudhir wins gold by writing an all-time record

This year in June, Sudhir won the bronze medal in the World Para Powerlifting Asia-Oceania Open Championship held in South Korea with a weight of 214 kg.

Now after the gold won by Sudhir in the Commonwealth Games, India has won 20 medals overall. It includes a total of 6 golds. India is eyeing more medals in the meet as Indian boxers have made it to the finals in various categories of boxing. Indian athletes are gearing up for medals in the wrestling competition as well.