News » SPORTS » CWG 2022 : Another hat-trick of gold medals for India from wrestling 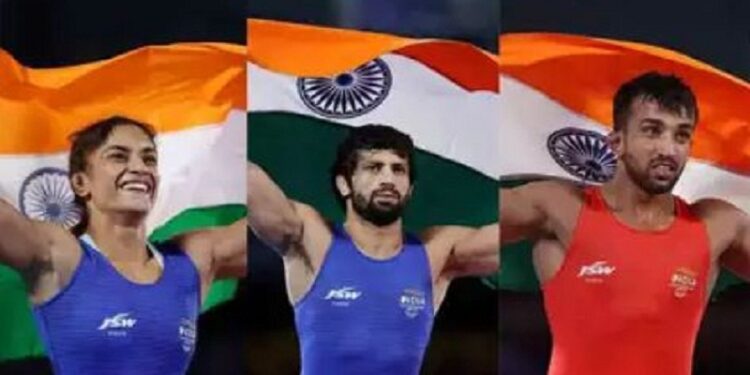 In the men’s 74kg category, India’s Naveen clinched the gold medal with a 9-0 win over Pakistan’s Muhammad Sharif. Naveen won a silver medal in the Tokyo Olympics.