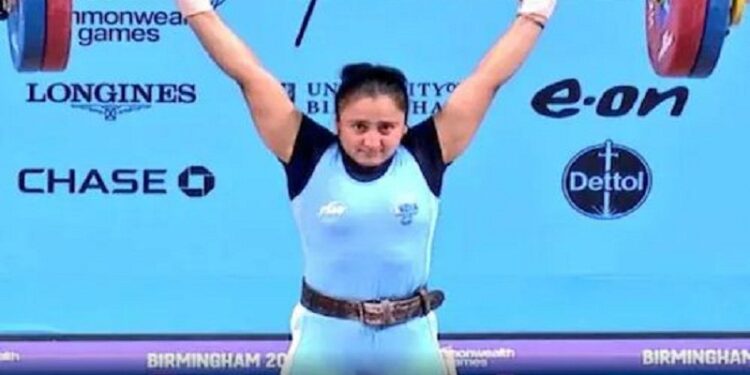 Harjinder Kaur, who lifted 963 kg in snatch and 119 kg in clean and jerk, bagged the bronze medal with a total weight of 212 kg. Total 229 K.Sarah Davies, the host lifter from England, won the gold medal. Canada’s Alexis Ashworth (214 kg) won the silver medal. The bronze medal was available to Harjinder as Nigerian lifter Joy Obone failed to lift 125 kg three times in the clean and jerk.

Harjinder Kaur, despite not producing her best performance, managed to win a bronze medal. Sarah Davis who lifted 229 kg broke many records. Sushila Devi and Vikas Yadav won silver and bronze medals respectively in Judo on Monday. With this, India is at the 6th position in the medal table with a total of 9 medals.

We support each other in our lifting team. During every competition, we all come to the court and cheer each other on. I was there and supported Mirabai when he won the medal. Now my teammates support me. It increases confidence. It makes you work harder,” he said.