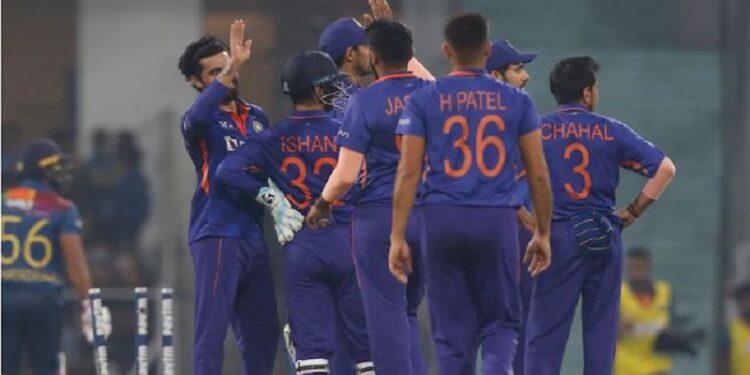 Asia Cup 2022 almost in climax stage. Chennai Super Kings (CSK) former captain Ravindra Jadeja has been ruled out of the remainder of the Asia Cup 2022 with an injury to his right knee. CSK top all-rounder out from team. The All-India Senior Selection Committee has named Axar Patel as the replacement for Ravindra Jadeja.

Chennai Super Kings CSK top all-rounder “Ravindra Jadeja sustained a right knee injury and is ruled out of the tournament. He is currently under the supervision of the BCCI medical team,” BCCI said in a statement on Friday. BCCI did not give details about the occurrence of Jadeja’s injury but it does appear that the all-rounder might have hurt his knee during India’s last group A match against Hong Kong on Wednesday.

Asia Cup Ravindra Jadeja injury comes as a heavy blow for India ahead of the Super 4 stage. The left-hander had played a crucial role with both bat and ball in India’s Asia Cup opener against Pakistan. CSK top all-rounder Ravindra Jadeja was promoted to bat at No.4 after Pakistan spinners Mohammad Nawaz and Shadab Khan had just begun to stifle the Indian top-order and the move turned out to be a masterstroke as the left-hander scored a crucial 35 off 29 balls.

His important 36 and 52-run partnerships with Suryakumar Yadav and Hardik Pandya respectively brought India right back in the 148-run chase. With the ball too he had bowled two right overs in the middle giving away just 11 runs earlier in the day. In the match against Hong Kong, Jadeja did not get an opportunity to bat but he was India’s most economical bowler on display.

It was his 4 overs 1 for 15 in the middle that choked the Hong Kong batting unit despite making good use of the powerplay while chasing 193. Axar Patel, however, will treat this as another opportunity to stake a claim in India’s T20 World Cup squad. The man from Gujarat, who is a like-for-like replacement for Jadeja, has improved his batting a great deal in the limited opportunities that he has got this year so far.