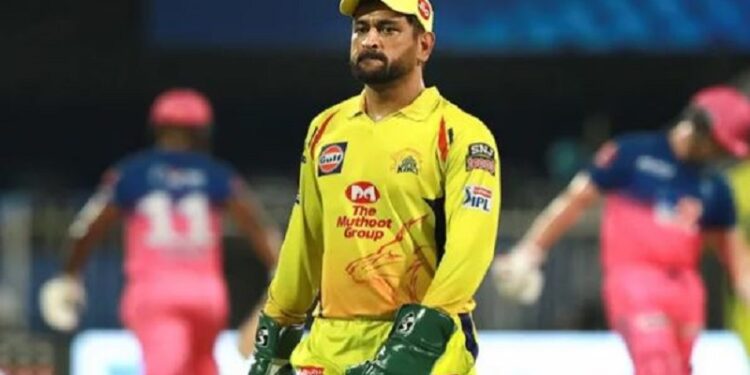 The big question regarding MS Dhoni and Chennai Super Kings is that whether Mahendra Singh Dhoni will captain his beloved side in the Indian Premier League 2023 or not. CSK CEO made big announcement on MS Dhoni captaincy for IPL 2023.  Chennai Super Kings CSK CEO Kasi Viswanathan on Sunday has answered that the former India skipper is indeed going to lead the 4-time Champions in the 16th edition of the cash-rich league.

Dhoni had handed over the captaincy reigns to teammate Ravindra Jadeja just before the 2022 season of the cash-rich league began. But he was given back the top post in the mid-season in 2022 when CSK was not doing well. For a couple of years, Dhoni has been asked about his place in the CSK team but the former Indian captain has settled all the queries.

He had confirmed that he will remain with the CSK side but the role that he will play is under the cloud. Dhoni had led CSK to four IPL title victories and the latest success came in 2021 when they defeated Kolkata Knight Riders to lift their fourth title. When asked about his future with CSK in 2021 Dhoni said that the fans can see him in yellow but his capacity was not sure.

“Well, you can see me in yellow, but whether I’ll be playing for CSK there are a lot of uncertainties around it for a simple reason that we have two new teams coming up,” Dhoni had said. And now in a news interview, the CSK CEO Kasi Viswanathan of the yellow army has made it clear that Dhoni will lead IPL 2023 CSK. “Mahendra Singh Dhoni will lead the CSK team in the next year of the IPL,” Kasi Vishwanath said in an interview with a news channel.

“There is no change in our stance. We never said that there will be a change. Dhoni will continue as the captain for IPL 2023 as well”, CEO Kasi Viswanathan told. In 2022, Ravindra Jadeja stepped down as captain after a poor run where CSK lost six out of the eight matches he led. His personal form was also not anywhere near to his potential.

In the recent season of IPL 2022, Dhoni again gave clarity about his future with CSK. “Definitely, I will play next year. It would be unfair not to say thank you to Chennai, to not play in Chennai. It won’t be nice to the CSK fans,” Dhoni had said at the toss in CSK’s final game in IPL 2022.