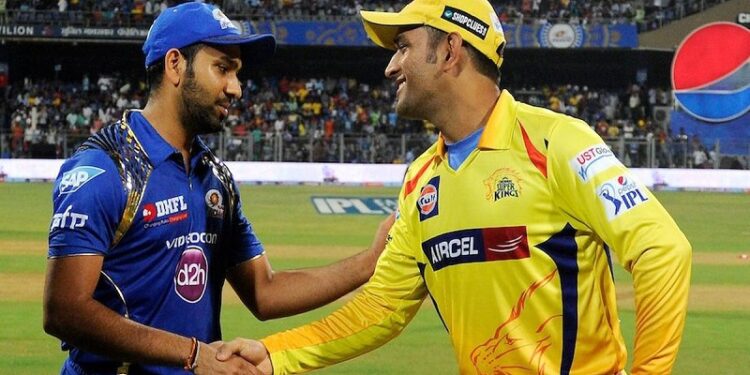 IPL 2022 two of the strongest teams in the Indian Premier League have suffered a series of defeats this time. In particular, the five-time champion Mumbai Indians finished in the points table with just 1 win. CSK and Mumbai Indians still have chance for Playoff in IPL 2022.

Gujarat Titans topped the Points table by scoring 16 points. Special means no team has ever qualified for the playoffs. That means there are 10 teams this time around and a playoff certainty is a mistake on 18 points. Similarly, Gujarat Titans need to become the playoff console of the team and win another match.

Also, no team is out of the playoff race because no team has yet to make the playoffs. This is because the Mumbai Indians have won 1 match. Mumbai have 5 matches and if they win all these matches it will be 12 points. But Rajasthan Royals and RCB, which are currently ranked 3rd and fourth in the Points table, also bagged 12 points.

Gujarat Titans tops the list with 16 points, while the Lucknow Super Giants are in second place with 14 points. However, Mumbai Indians and Chennai Super Kings will continue to play in the playoff race until the 3rd and 4th place teams score 14 points or more. This means that the top 4 teams in the Points table will earn 16 points while CSK and Mumbai Indians will be officially out.

Similarly, if a team in the top four in the Points table scores 14, the CSK team will have a playoff chance. This is why CSK must win all the next games. The Super Kings will then get a chance to play in the playoffs with a net run rate of 14 points.

Also Read: IPL 2022 : Chris Gayle will be back to IPL, he will play for this franchise

This means that the top four teams in the Points table will appear in the playoff race until the 16 points are earned or the Mumbai Indians and CSK lose the next match in Indian Premier League. Thus, fans of CSK and Mumbai Indians should keep an eye on the points table with their teams win.