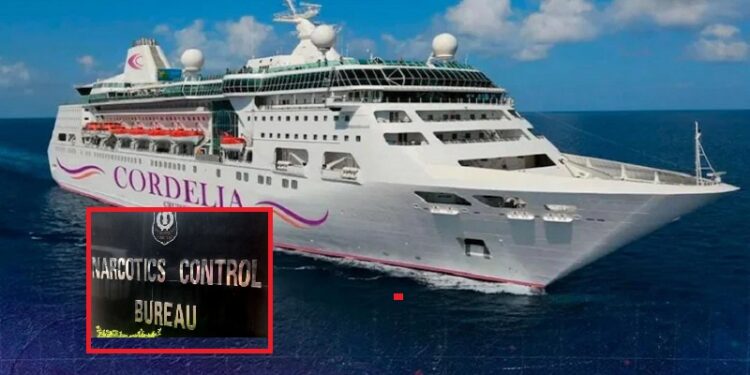 Mumbai: As per the latest update in the Mumbai cruise ship raid case, a raid is being conducted by Narcotics Control Bureau (NCB) at the residence and office of Bollywood film producer Imtiyaz Khatri in Bandra area of the city.

Meanwhile, in a major setback for megastar Shah Rukh Khan’s son Aryan Khan, a Mumbai court on Friday rejected his bail plea, and of two others who were among the 8 arrested accused in the raid on an alleged rave party on a luxury cruise ship.

Additional Chief Metropolitan Magistrate R.M. Nerlikar rejected the bail applications of Aryan, Arbaaz Merchant, and Munmun Dhamecha, on grounds of “maintainability”, upholding the contentions of the Narcotics Control Bureau (NCB) legal team. Shortly after the verdict, lawyers for some of the accused told the media that though the detailed reasoning for the ACMM’s order will come later, they plan to apply to the Sessions Court for bail on Monday.

The developments came a day after all the eight accused were sent to judicial custody, and they shifted to the regular prisons from the NCB lockup. The two women accused – Munmun Dhamecha and Nupur Sarika – were shunted to the Byculla Women’s Jail, and the others – Aryan, Arbaaz Merchant, Vikrant Chhoker, Ismeet Singh, Mohak Jaswal, and Gomit Chopra were sent to the ARCJ.