Cow Should Be Declared National Animal; Cow Protection Be Made Fundamental Right of Hindus: High court

by News Next Desk
in LATEST NEWS, INDIA, COURT NEWS 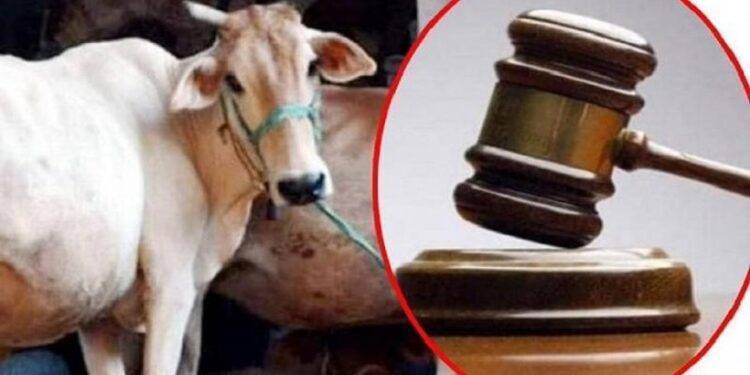 The Allahabad high court said on Wednesday cow protection should be made a fundamental right of Hindus and declared the national animal while declaring bail to a Muslim man arrested under Prevention of Cow Slaughter Act.

The court said cows were an integral part of Indian culture and the Central government should frame laws accordingly. Justice Yadav also advised the Central government to declare cow as the national animal. “Keeping in mind the circumstances, the cow must be declared national animal and protection of cows must be a fundamental right of Hindus because we know when the country’s culture and faith are hurt, the country becomes weak,” Justice Yadav said.

Javed, who was booked for theft (IPC sections 379) and under sections 3/5/8 of the UP-Cow Slaughter Act in Sambhal district in February this year, has been in jail since March 8 this year. In his bail plea, he had argued that allegations of cow slaughter against him were false as he was not present at the spot, and a fake case was lodged against him in collusion with the police.

The Bench of Justice Yadav in its 12-page order in Hindi said: “You can’t take away lives for the taste buds of a few… And the right to life is higher than the right to kill… Eating cow meat can never be a fundamental right… the fundamental rights can’t just be a privilege for those who eat cow meat, but those who rely on cow for income and those who worship cows also have the right to a meaningful life.”

The judge also said that “scientists believe that the cow is the only animal that inhales oxygen and exhales oxygen too”. “Panchakavyam, which is made from cow milk, curd, butter, urine and cow dung is beneficial in the treatment of some ailments and as per Hindu religion, there are 33 Gods and Goddesses which reside in the cow,” Justice Yadav said.

Adding that not just the Hindus, even “Muslims understood the importance of cow in Indian culture, and Muslim rulers like Babur, Akbar and Humayun imposed a ban on cow slaughter during their festivals”. The judge also invoked the revolt of 1857, led by Mangal Pandey, to say that “history is full of incidents when every citizen of India stood up against atrocities against India culture and cows”.

Claiming that “a majority of Muslims in India have been in favour of banning cow slaughter”, Justice Yadav said, “Cow protection is synonymous with Indian culture, is not restricted to one religion, but must be done by all citizens who live here irrespective of their religion.

Every time we forgot about our culture, foreigners attacked us and enslaved us, and if today also, we don’t become alert, then the example of Taliban taking over Afghanistan is in front of us and we should not forget it,” Justice Yadav said in his order. He said the Bill for cow protection must also be strict on those who talk about harming the cow and those who pretend to work for the protection of cows.